Verita...Time spent reading these will make your summer! 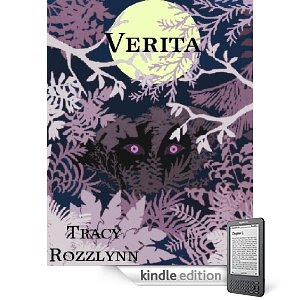 Review by Nancy
Most 16 year olds are out for fun, grades, best friends, boys/girls and movies. Not Brett Bradbury. Brett, an orphan following her parents’ death in a plane crash, the un-friending by her best friend and the dumping by her boyfriend; has decided to take a huge life-altering step. She is going to Verita.

Verita is a life-sustaining planet similar to Earth but virtually unknown. Brett and many others are going to be colonizing Verita and will be taught a skill during space travel. So – when Brett arrives on Verita she is not only really 316 years old but a trained biologist. She is assigned a team of three others and together they use their skills to learn more about their new home.

Tracy Rozzlyn has done a superb job of depicting teen angst, pms, moodiness and also the spirit of camaraderie which develops when a group of kids is put against nature. The characters are well written and I cannot wait for part 2 (out in July titled Concisus). Be on the lookout for Verita and the next book as well. Time spent reading these will make your summer!
Tracy Rozzlyn