Peter and the Vampires 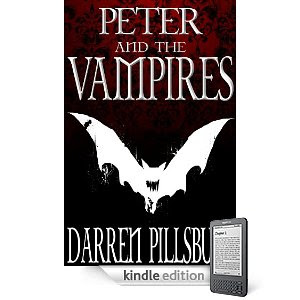 Peter and the Vampires by Darren Pillsbury is the first book in this series that features young, Peter. This series is geared towards younger readers but even teens and adults can get into this series. Warning as you will fall for Peter and Dill. What I liked is that some series that are written for younger readers are written at a level that is sometimes dumbed down. The part that I liked the most was that Peter and Dill acted their ages. The vampires were scary but not gory. This book is a quick read for a full length novel. This book ends on a cliff hanger moment. If you want to know what happens next, than you will have to check out Peter and the Werewolves.
Darren Pillsbury