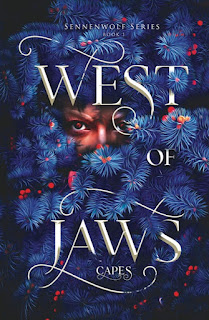 As they hunt down a common enemy in a magical land, Helisent and Samson uncover troubling mysteries and a budding love that will change their lives forever. Think: The Witcher meets Sex and the City.   Welcome to the book tour for brand new fantasy novel, West of Jaws  by author  Capes. Read on for more details!   W est of Jaws (Sennenwolf Series #1) Publication Date:  January 20, 2023 Genre:  Adult Romantic Fantasy w/ Mature Themes  The only thing dumber than convincing the imminent Male Alpha of Velm to help me find Oko would be falling in love with him along the way . Helisent West of Jaw s, a witch, and Samson 714 Afador, a wolf, don’t have much in common. He’s in line to become the Male Alpha of Velm, she’s a red witch with a questionable relationship to brandy. But that doesn’t matter. They don’t need to get along when they strike up a partnership to hunt down Oko, a mutual enemy. All they need to do is survive a trip to Skull, the City of Ghosts… and then a run-in with
Post a Comment
Read more 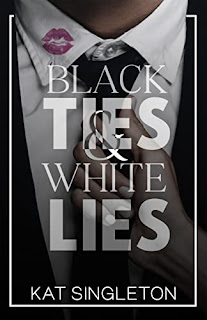 BLURB: Life is never black and white. One minute you’re a struggling graphic designer in LA that's finally coming to terms with being single forever, and the next you're flying to New York in a private jet to get engaged to your ex-boyfriend’s older brother. At least...that’s what everyone  thinks. Forced to clean up his playboy image in order to protect his company, Beckham Sinclair, the city’s most eligible billionaire bachelor, wants  me  to be his fake fiancée and personal assistant. Now I'm spending every spare second with a man I thought I’d never see again. My freshly mended heart has barely recovered from the first time a Sinclair broke it. But with each passing day, Beck’s dirty mouth and lingering stares make me question his motives—and mine. As the line blurs between real and pretend, only one thing is certain: there are secrets hiding in this city full of black ties and white lies. My Review Ok, Kat you convinced me that blonde male leads can be very desirable
Post a Comment
Read more 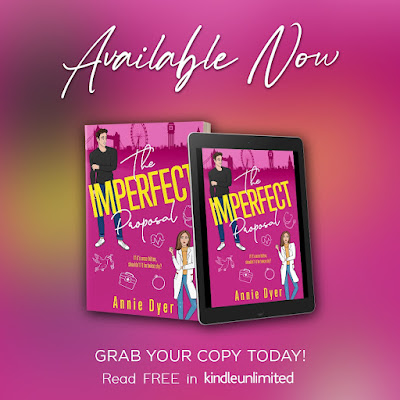 Release Date: January 26 Being caught in a cupboard in a compromising position with my latest hook up by my new colleague isn’t a great introduction. The worse thing, that new colleague - she’s my estranged wife who’s been MIA for more than a decade. Throw in the fact that neither of our families knew we were married in the first place and it’s safe to say, events maybe aren’t going as smoothly as planned. Thea and I married ten years ago in Vegas, the day we both qualified as doctors. I knew plenty about her: the way she kissed, how she liked her coffee and the best way to make her see stars. What I didn’t know was that she was the daughter of a Lord, was ridiculously wealthy and she’d signed up to Doctors Without Borders. The morning after our wedding, she was gone. For a decade, all I’ve had are postcards, sent to wherever I’ve been working, with no return address. Those, and a heart that no matter how good a doctor I am, I just can’t fix. Now Thea’s back in London. And she want
Post a Comment
Read more 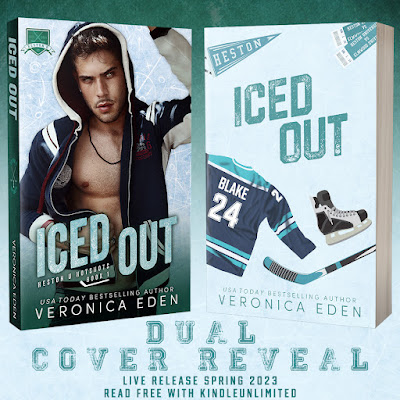 Release Date: Spring 2023 Dancing on bartops means the night is going great. Exiting the bar hauled over the shoulder of Heston University’s infamous hockey captain? Not my idea of a good time.   But I needed an escape route to evade my would-be knight’s biggest rival…my brother. Easton Blake is the perfect reminder of why I avoid hockey players. He’s cocky, frustratingly sexy, and accustomed to every girl in his orbit falling for his charm. With his sultry smile that tells me he knows all the ways to make girls come undone with his touch, I’m almost the next score on his stats. Except I have no time for distractions when I’m focused on graduating early. Gaining Easton’s attention was never part of my plans. Of course, from the moment he catches me shaking my assets on the bar, he decides I’m his next goal. Instead of sticking to my own rules, I do something I shouldn’t: I dare him to try. Easton’s never met a challenge he wouldn’t accept. He makes it clear he won’t be iced out withou
Post a Comment
Read more

Welcome to the book tour for Rachael Boucker's dark fantasy, Shades of Night . Read on for more  details!     Shades of Night (The Night Order Series #1) Publication Date: December 4th, 2022 Genre:  Dark Fantasy Publisher:  Eerie River Publishing Fated for greatness; Destined for pain. A prophecy of beauty, untold power and the strength to save them all. They said I was destined to save every witch, my entire race, but life is never that cut-and-dried. I am Aramay Shenade, or Shade for short. After a demon attack left me scarred, the Night Order elders declared the prophecy was broken, discarded and my destiny along with it. No longer tied to fate, my sister Dellena and I, chose our own path, cutting down every demon that crossed it. That was until the fateful day I pulled the demon-cursed Nora from the mud and the world around us began to unravel. War is upon us and the demons are gathering. Now I must walk the path of a destiny I thought had abandoned me. Will I be a
Post a Comment
Read more

We are celebrating the release of Jet (Temple Maze #2) by Anna Fury! This beauty has not one but TWO covers for readers to choose from! Make sure you follow along to see which cover our hosts are revealing this week! Jet (Temple Maze #2) Expected Publication date:  February 28, 2023 Genre:  Dark Shifter Romance Escape from the Temple Maze was only the beginning… Jet A psychopath tried to break me, and nothing will ever put me back together. I’m detoxing, pissed off and determined to rescue my baby brother before she breaks him too. There’s just one problem—Achaia. The voluptuous human’s sea-green gaze sets my body on fire. She’s a distraction I can’t afford, no matter how hot I burn for her. My only priority is rescuing my brother—everything else is a distant second. Renze How lucky I am to have two delicious mates—the hulking direwolf, Jet, and his exquisitely beautiful neighbor, Achaia. I simply need them to yield to my blood bond. Unfortunately, duty calls. A maniacal v
Post a Comment
Read more

Welcome to the book tour for Unanimity , the first book in the Spiral Worlds series by Alexandra Almeida. Read on for more details and get yourself a copy today! Unanimity (Spiral Worlds Book #1) Publication Date:  October 18, 2022 Genre: Science Fiction/ Sci-Fi Fantasy/ LGBTQ2 The road to hell is paved with good intentions. Shadow is a reluctant god with a broken mind and a death wish. He used to be Thomas Astley-Byron, an affluent young screenwriter whose creativity and idealism saved a world from the brink of collapse. Together with Henry Nowak, an AI expert, Tom created heaven on earth by inventing a Jungian simulated reality that helps humans confront their dark sides. The benevolent manipulation platform turned the two unelected leaders into beloved gods, but now everything is failing. The worlds suffer as a sentimental Tom descends into his own personal hell, becoming the embodiment of everything he despises and a shadow of his former self. His journey from an optimi
Post a Comment
Read more
More posts