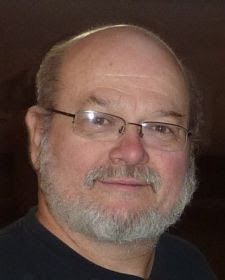 Seventh Star Press is proud to announce the acquisition of The Angelkiller Triad, a provocative new urban fantasy series, as H. David Blalock becomes a member of the publishing company's growing family of authors.

The acquisition comes right on the heels of the addition of D.A Adams' fantasy series, The Brotherhood of Dwarves, and follows a strong run of releases that has seen titles such as Jackie Gamber's Redheart (YA fantasy) and Steven Shrewsbury's Thrall (heroic fantasy) meet with a very warm reception from reviewers and readers alike. It is yet another strong testament to Seventh Star Press's committment to releasing quality titles exhibiting many facets of speculative fiction.

H. David Blalock commented on his recent partnership with SSP. "I am excited about doing the Angelkiller series with Seventh Star, and honored to be in such talented company. I just hope I can keep up with this high-energy group!"

The first book introduces Jonah Mason, the oldest, and most experienced of the Angelkillers, an elite force in the Army of Light. They are fighting an ancient war, one in which the Darkness achieved a great triumph long ago that has had profound influence on the fabric of life as we know it. It is the simple answer as to why bad things happen to good people. The great battle may have been lost, but the war continues in a modern age, pitting Jonah against the Enemy in a way even he had never faced. A provocative mixture of the supernatural and technological, Angelkiller is a very special, thought-provoking tale, one that shines forth in the upper realms of urban fantasy literature.

Based out of the Memphis area, H. David Blalock has an impressive writing career of 35 years and counting that has achieved numerous publishing credits in print and online mediums. He is most known for his fantasy novel Ascendant (Sam's Dot Publishing), which was the basis for a twenty minute short film produced in 2010 that featured former WWE wrestler Al Snow. The sequel to Ascendant, Emperor (Sam's Dot Publishing), was released in March of 2011. David is also the founder of Imagicopter, an author-driven organization that creates an array of event opportunities for small press authors and artists, while also publishing the highly-regarded Imagyro magazine.

“I was a fan of H. David Blalock since I read Ascendant, which is one of the true gems in fantasy out of the small press world,” fellow Seventh Star Press author Stephen Zimmer commented. “Angelkiller represents something that is compelling, thought-provoking, and highly relevant. With David's mastery of narrative and character, this series is going to be a force to be reckoned with in urban fantasy.”

The projected release date window for Angelkiller is fall of 2011, in limited hardcover, trade paperback, and several eBook formats, for readers with the Kindle, the iPad, the Nook, Sony eReaders, and other electronic reading devices.

Updates and additional information can be obtained at the official site for Seventh Star Press, at www.seventhstarpress.com , or at the author's site at www.thrankeep.com
H. David Blalock