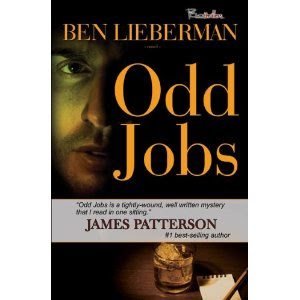 Kevin Davenport works at Kosher World. Kevin is definitely the new guy. With the status of “new guy”, Kevin is tested. Kevin has a knack for fighting. He is good at it. When Kevin beats up one of the big guys, Kevin earns respect. With this new respect comes an invitation into the dirty world of crime. We are not talking petty crime but mobster style crime. Will Kevin be in over his head?

All I have to say is that I am glad I am not in Kevin’s shoes. Working at Kosher World would not only be considered an odd job but one of the worst jobs that you would never want to work at. You have to have a stomach of iron to work at a place like this. A warning to the wise…”Don’t go drinking the night before or you could go puking your cookies into a barrel of cow parts”. Kevin learned this lesson the hard way. I did like this book, I just did not embrace it as much as the other readers that read this book. The characters were bad guys but they were cold and I didn’t have any feelings toward them including Kevin. For me, this book was just alright.
Ben Lieberman