That Certain Summer is a fun, light-hearted, summer read. 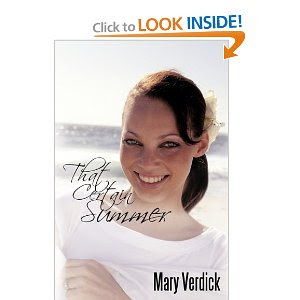 Sally Grimes receives a once in a lifetime opportunity. She gets the chance to write Diane Fenwick’s memoir. Diane was a famous actress. Diane lives out in the quiet country side in Connecticut. This is where Sally will be staying, while she writes Diane’s story. Sally is joined by Diane’s twin children, Alec and Megan. Sally may not have romance in her plans but she just might have to pencil it in, when she meets the handsome Ricardo. Ricardo works for Mr. Morley-Watts as his gardener.

That Certain Summer is a fun, light-hearted, summer read. The characters in this book are like visiting with good friends. While I must admit that I am not a Gatsby fan, I did get the Gatsby feel from this book. Diane was an intriguing character. Her twin children, Megan and Alec were charming but a bit spoiled at times. I liked Mr. Morley-Watts, the little of him that I got to know. Ricardo was witty, charming, good looking, smart and a guy that I could see Sally falling for. That Certain Summer is a delightful book.
Mary Verdick