Showing posts from February, 2020
Show all

Voices in the Snow 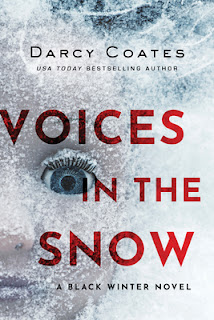 No One Escapes the Stillness Clare remembers the cold. She remembers abandoned cars and children's toys littered across the road. She remembers dark shapes in the snow and a terror she can't explain. And then...nothing. When she wakes, aching and afraid in a stranger's gothic home, he tells her she was in an accident. He claims he saved her. Clare wants to leave, but a vicious snowstorm has blanketed the world in white, trapping them together, and there's nothing she can do but wait. At least the stranger seems kind...but Clare doesn't know if she can trust him. He promised they were alone here, but she sees and hears things that convince her something else is creeping about the surrounding woods, watching. Waiting. Between the claustrophobic storm and the inescapable sense of being hunted, Clare is on edge...and increasingly certain of one thing: Her car crash wasn't an accident. Something is waiting for her to step outside the fragile safety of the ho
Post a Comment
Read more

The Girl in White Gloves 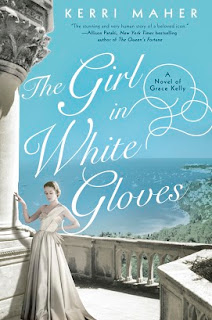 About the book Grace knows what people see. She’s the Cinderella story. An icon of glamor and elegance frozen in dazzling Technicolor. The picture of perfection. The girl in white gloves. But behind the lens, beyond the panoramic views of glistening Mediterranean azure, she knows the truth. The sacrifices it takes for an unappreciated girl from Philadelphia to defy her family and become the reigning queen of the screen. The heartbreaking reasons she trades Hollywood for a crown. The loneliness of being a princess in a fairy tale kingdom that is all too real. Hardest of all for her adoring fans and loyal subjects to comprehend, is the harsh reality that to be the most envied woman in the world does not mean she is the happiest. Starved for affection and purpose, facing a labyrinth of romantic and social expectations with more twists and turns than Monaco’s infamous winding roads, Grace must find her own way to fulfillment. But what she risks—her art, her family, her ma
1 comment
Read more

A Flame Through Eternity 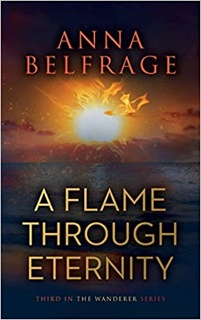 According to Helle Madsen, being the protagonist of a time-spanning epic love story has some things going for it, primarily Jason Morris. Because seriously, meeting up with your fated lover after 3 000 years apart is not bad–at all. Unfortunately, where Jason goes, there goes Sam Woolf, yet another very, very ancient acquaintance–with the fundamental difference that Sam is not into Happily Ever After. He’s into destruction, more specifically of Jason and Helle. Helle may believe in second-chance love, but she sure doesn’t believe in reincarnation. Okay, she didn’t believe in stuff like that until she met Jason Morris a year or so ago. By now, she has accepted that sometimes impossible things are quite, quite possible–like an ancient princess being reborn as an ambitious financial analyst. Finding Jason was like finding the part of her that had always been missing–a perfect match. But handling Sam Woolf, the reborn version of their ancient nemesis is something of a trial. No s
3 comments
Read more

Caught in a Cold War Trap 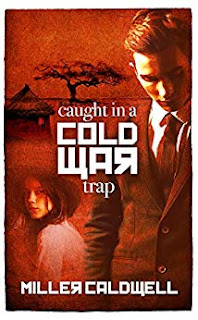 Title: Caught in a Cold War Trap Authors: Miller Caldwell Release Date: 27th February 2020 Genre: Historical Page Count: 172 Publisher: Clink Street Publishing Goodreads Link:   Amazon Link:  Summary: Listening to a Radio Moscow broadcast on holiday on Jura, Glasgow schoolboy Robert Harvie finds errors in the programme which he reports to the Russians. Then, as a student, the Soviets give him a grant, and so Robert is inadvertently compromised. His first job takes him to Ghana, and soon he has murder on his hands. How can he escape Soviet attention? Author Information  I retired at the age of 53 as I found I had mild cognitive impairment MCI. This is a condition which gives me a poor memory but a sharp mind. It was difficult to find work that would take me and so I decided to write books. Sixteen years later, I have written twenty three books with another two yet to be published. I have learned the book writing skills though writing clubs and writers magazines. Over the year
Post a Comment
Read more 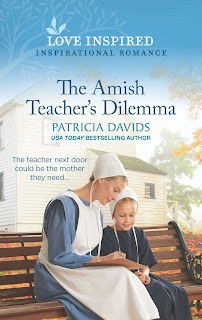 About THE AMISH TEACHER’S DILEMMA: Taking a schoolteacher position in another district is just the change Amish spinster Eva Coblentz needs. And with her new neighbor, blacksmith Willis Gingrich, struggling to raise his three orphaned siblings, Eva is determined to help them heal. But when her relatives insist she come home, Eva must choose between the life she left…and the one she’s growing to love. About PATRICIA DAVIDS: USA TODAY best-selling author Patricia Davids was born and raised in Kansas. After forty years as an NICU nurse, Pat switched careers to become an inspirational writer. She enjoys spending time with her daughter and grandchildren, traveling and playing with her dogs, who think fetch should be a twenty-four hour a day game. When not on the road or throwing a ball, Pat is happily dreaming up new stories. Excerpt - THE AMISH TEACHER'S DILEMMA by Patricia Davids Willis thought he had enough time to fix the new teacher’s chair, put four shoes on
Post a Comment
Read more
More posts