The Gray Zone...Just what the doctor ordered! 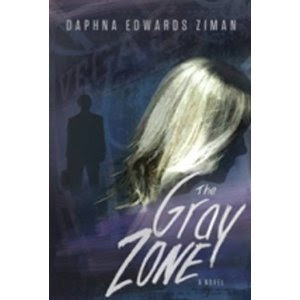 Kelly Jensen had a horrible life growing up. Her mother was murdered when she was little and Kelly was bounced around from foster home to foster home. When she was fifteen, Kelly was a runaway. It was on the streets that she met her husband. She thought, he would e her knight in shining armor and she would live happily ever after. She was quick to learn, he was her worst nightmare.

Jake Brooks is an attorney. He was also friends with Porter. So when Porter is found murdered in a hotel room, he will do anything to find justice for his friend. Though, Jake will soon learn that he may not have known Porter as well as he thought he did. What happens when Kelly and Jake’s world collide together?

I would say that The Gray Zone is more of a psychological thriller than a suspense/mystery. This book was just what the doctor ordered. I needed to read something like this. The last few books I have read have been fair but nothing that got me overly excited. I was wondering if I would find a book that could do that for me again. I did in the Gray Zone. Don’t let the title fool you as this book is not gray but a vivid splash of color! I am raving about this book because it deserves it. I was pulled into Kelly’s world. She was the star, though Jake did a good job holding his own as well. I liked Kelly a little more, only because she was intriguing and I wanted to know more about. Which I got to discover who she really was as the story line moved along.
Daphna Edwards Ziman