Showing posts from August, 2014
Show all

Poached is a fun, entertaining, barrel of laughs! 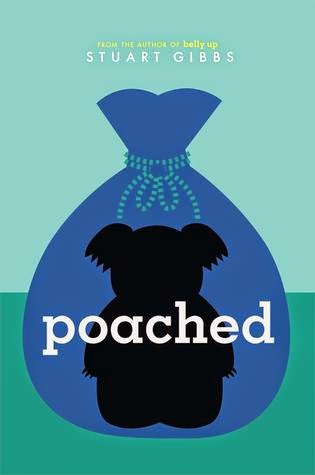 Teddy Fitzroy’s back for another zoo mystery—this time it’s a koala caper—in this action-packed follow-up to Belly Up, which Kirkus Reviews called “great fun.” School troublemaker Vance Jessup thinks Teddy Fitzroy’s home at FunJungle, a state-of-the-art zoo and theme park, is the perfect place for a cruel prank. Vance bullies Teddy into his scheme, but the plan goes terribly awry. Teddy sneaks into the koala exhibit to hide out until the chaos dies down. But when the koala goes missing, Teddy is the only person caught on camera entering and exiting the exhibit. Teddy didn’t commit the crime—but if he can’t find the real culprit, he’ll be sent to juvie as a convicted koala-napper. My Review Poached is a fun, entertaining, barrel of laughs! I could not stop reading this book. I had a really good laugh during the koala death scene. Don't worry it is really not that bad and no "real" koalas were hurt during this part. Teddy is not that great of a spy/detective but this
1 comment
Read more 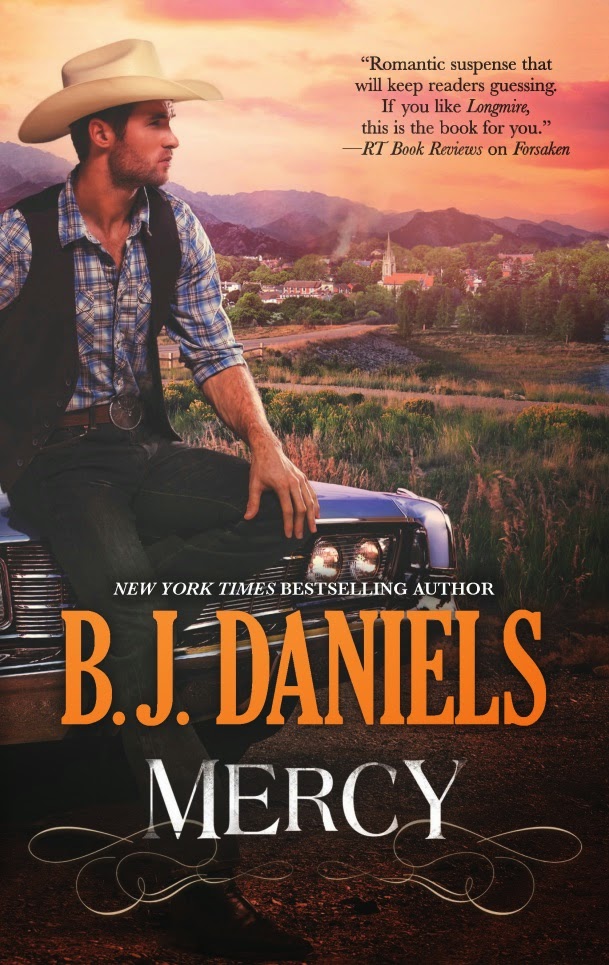 Mercy by B.J. Daniels Harlequin; August 26, 2014 352 pages; $7.99 U.S./ $8.99 CAN. ISBN-978-0-373-77895-9 For U.S. marshal Rourke Kincaid, there’s the law…and then there’s his law. When the two don’t agree, he always trusts his instincts. A killing spree has gripped the Northwest, showing a strange connection that only he sees, and now the old rules of justice no longer apply. Forced to turn rogue, he goes deep undercover to track his mysterious female suspect to a quiet, unassuming café in the wild, isolated mountains of Beartooth, Montana. But encountering Callie Westfield complicates his mission in ways he never expected. As suspicious as she seems, her fragile beauty and sexy charm get to Rourke. Then the gory crimes begin anew. With his heart suddenly at war with his instincts, he has only two options. Either turn Callie over to the law, or put everything—including his badge and his life—on the line to protect her. My Review This is the fifth book in the Beartooth
1 comment
Read more

Title:   The Beautiful Ashes Author: Jeaniene Frost Expected Publication: August 26th, 2014   About   The Beautiful Ashes  In a world of shadows, anything is possible. Except escaping your fate.  Ever since she was a child, Ivy has been gripped by visions of strange realms just beyond her own. But when her sister goes missing, Ivy discovers the truth is far worse—her hallucinations are real, and her sister is trapped in a parallel realm. And the one person who believes her is the dangerously attractive guy who's bound by an ancient legacy to betray her.  Adrian might have turned his back on those who raised him, but that doesn't mean he can change his fate…no matter how strong a pull he feels toward Ivy. Together they search for the powerful relic that can save her sister, but Adrian knows what Ivy doesn't: that every step brings Ivy closer to the truth about her own destiny, and a war that could doom the world. Sooner or later, it will be I
Post a Comment
Read more

Taking the Lead: Lessons from a Life in Motion 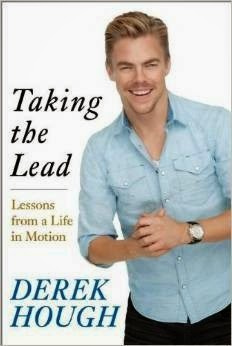 Derek Hough, the dashing Emmy Award-winning fan favorite, and only four-time champion of the hit ABC reality show Dancing With the Stars , tells the inspiring story of his life and career, and shares insider tips of how he transforms his celebrity dance partners into confident, charismatic champions. For eleven seasons, millions of people have tuned in to Dancing with the Stars to watch Derek Hough, the talented, consummate competitor whose skill and commitment have made him the show’s all-time champion. Whether he’s dancing with an Olympic gold medalist, an internationally renowned recording star, or a celebrated actress, Derek instills in each of his celebrity partners a deep passion, respect for hard work, and an irrepressible joie de vie spirit. Now, for the first time ever, Derek opens up about his life and the lessons he’s learned on and off the dance floor, revealing how he went from bullied boy to ballroom boss. He details how his experiences have taught him to em
Post a Comment
Read more 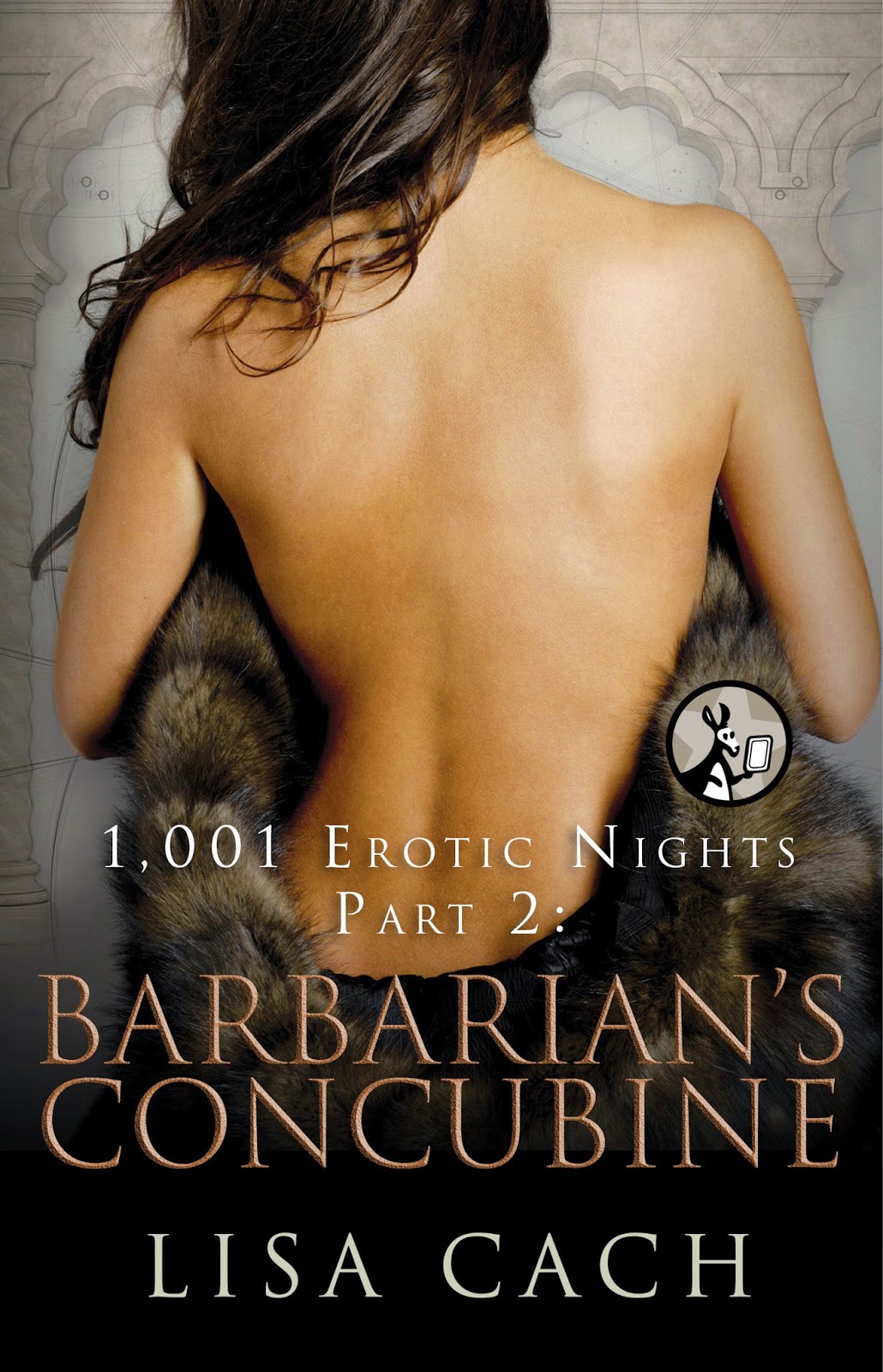 1,001 EROTIC NIGHTS PART 2: BARBARIAN’S CONCUBINE by Lisa Cach   SUMMARY: After Clovis becomes king of his tribe of Salian Franks he reunites with Nimia. He soon realizes how useful her Phannic gifts will be, and with her help, plots to take down Soissons. She is in love with Clovis, however, and while he says he loves her, too... there is a calculating coldness in his eyes sometimes that makes her wonder if he knows what love is. Sygarius, meanwhile, is outraged that Nimia fled, and he too has realized that she has useful powers. He wants her back. And he is prepared to fight for what’s his.     EXCERPT: Terix heaved a put-upon sigh. We’d had this same argument a hundred times over the past month and a half as we fled from Sygarius and toward . . . toward . . . Well, that was the issue. Toward what ? The only answer that had any meaning—to me, at least—was to find my lost people, the Phanne. And the only clue I had to finding them was the story that a tattooed
Post a Comment
Read more
More posts