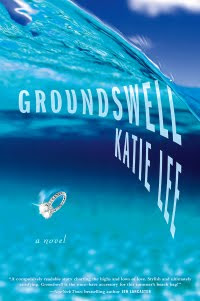 Emma Guthrie went from being a nobody to the wife of famous actor, Garrett Walker. Emma was just an personal assistant helping on a film set. Garrett is the leading actor in the movie. IT seemed that Garrett took a liking to Emma right away. Though, Emma did not accept Garrett’s invitations for a while. It was not long after Garrett and Emma starting dating that things got really serious fast. Before Emma knew it, she was Mrs. Garrett Walker. Now Emma has to contend with the paparazzi. After seven years of marriage, Emma discovers by accident that Garrett is cheating on her. Emma heads to Mexico to get away. There she meets sexy, surf instructor Ben.

This book was a nice surprise. I was kind of expecting the characters in this book to be self-centered and one dimensional. Instead, I found that I was rooting for Emma all the way. The part when she met Ben reminded me of Jan Porter’s Flirting with Forty book. It was fun, charming and I wanted Ben and Emma to get together. Though, Garrett cheated on Emma, I actually did not mind him as a person. I was amazed at how quickly I read this book. By the time I was ready to take a break, I was already half way through the book. Groundswell is a must read!


Katie Lee is the food and lifestyle contributor for The Early Show and has appeared on The Oprah Winfrey Show, The Rachel Ray Show, The Nate Berkus Show, Today, The Martha Stewart Show, CBS Sunday Morning, Top Chef, and Iron Chef America. She has been featured in People, Vanity Fair, Town & Country, and InStyle. She is the author of the cookbooks The Comfort Table and The Comfort Table: Recipes for Everyday Occasions. She lives in the Hamptons.
Katie Lee