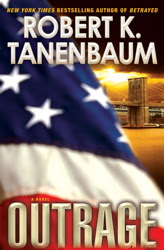 Felix Acevedo is nineteen. Though you might not know it as Felix is mentally challenged. Felix is arrested for the rape and murder of two women and attempted rape on another woman. Poor Felix, he doesn’t know what he is doing, when he confesses to the murders. Fortunately for Felix, District Attorney Butch Karp also believes that Felix is innocent. To prove Felix’s innocence, Butch will have to go into the slums.

I was literally hooked after reading the third chapter. Though, the story really picked up about the eighth chapter. This is when Felix was arrested and confessed. Poor Felix. I felt sorry for him. He was just trying to do the right thing but telling the authorities what he thought they wanted to hear. I found it interesting the way he would remember bits of the conversation told to him by the authorities that got them to twist the facts that Felix was knowledgeable about the crimes like…a knife was used, the victim used her right elbow to defend herself and one of the vics was stabbed four times. Butch Karp made me cheer for him that he would find justice. This is not easy for a defense attorney to be liked. Butch did not play dirty like his peers. The only thing I was outraged about this book is that it ended too soon. I read this book in one sitting in just a few hours. I plan to read more of Mr. Tanenbaum’s work.
Robert K. Tanenbaum