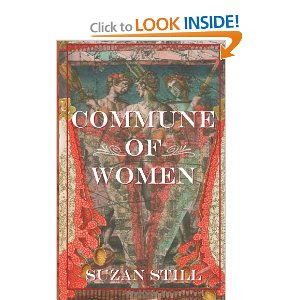 Erika is in a hurry. She is on her way to catch an airplane to Berlin. At first glance, you would never expect that Betty, a housewife is having a mental breakdown. That is why she is receiving professional help from a Jungian analyst named Heiddi. Pearl runs a cart. Recently, Pearl has lost her prime location spot and is looking for a new area. A friend tells Pearl that she should set up her cart at the LAX airport. Ondine’s plane makes a stop at the LAX airport. Sophia’s bus to Pasadena does not leave for about an hour, so Sophia decides to kill some time in the LAX airport.

All six of these women are about to find themselves in a dangerous situation that will test their strength, wits, faith and form a strong bond between friends. A group of terrorists take over the LAX airport. Erika and Heiddi are among the wounded. Can these ladies hold out longer than the terrorists?

I found Sophia to be a great leader. She stepped up to the task and kept the situation and ladies under control. She is the type of person you would want to have around in this situation if you found yourself in one but hopefully never. Some of the other women were a little harder for me to like right away. Like Erika. I know she was hurt but she just lay around and complained in the beginning. Another person that was a bit whiny a first was Betty. She just gave up and let everyone else handle the situation. Luckily, this book moved at a nice, steady pace. I also liked the fact that the parts were separated by the names of each character in the beginning, so I was able to follow along easier. Overall, I did think this was a good book.
Suzan Still