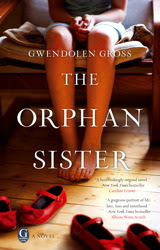 Clementine and her two sisters, Odette and Olivia could not be more different. While the three of them are triplets, only Odette and Olivia really share the bond that twins or triplets share. Maybe this is why Clementine was not named with an “O” name. Clem is her own person. While, she likes it take way, you can tell that she also misses the fact that she is not as close as Odette and Olivia. Clem and her sisters are about to being closer, when their father leaves them.

I thought this book sounded really good when I read the summary. I tried to like this book but found that I could not get into it. I gave up at chapter six. At this point I did not care to learn why Clem’s father left them. As it was pointed out in the book, the secret that Clem’s father has kept from her and her sisters is bad and it is a good thing that he left. So if Clem’s father was such a bad guy, why would I want to know or care what his secret was, so that I can forgive him? Another reason that I gave up on this book was that I found Clem getting on my nerves. It was like she wanted to be different but all I heard was Odette this and Olivia that. Enough already. The Orphan Sister was not my cup of tea.
Gwendolen Gross