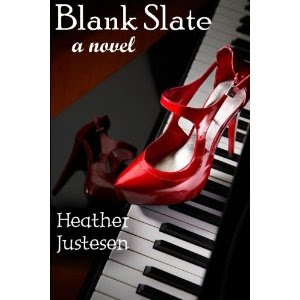 Gavin works with Adrianna’s brother. They are business partners. Gavin must admit that he never really paid that much attention to Adrianna in the past. Of course, it had to do with the fact that she was his business partner’s sister. There is something different about Adrianna. Gavin can not pinpoint what it exactly is but Gavin is falling for Adrianna.

I thought this book was alright. I must admit that I never became fully invested in the characters. I did not find Adrianna to be a strong presence, which was sad as I wanted her to be as she was the main lead. This might have been due to the fact that everyone else was crowding Adrianna trying to get her to remember and not let her really embrace her new outlook on life. The chemistry between Gavin and Adrianna was mild. It was slow to build up. Black Slate missed the high notes for me. I might give author, Heather Justesen another chance in the future.

here is the purchase link for the hard copy:
enter code WV49Z, you can download Blank Slate for just $1.49 through the end of July.