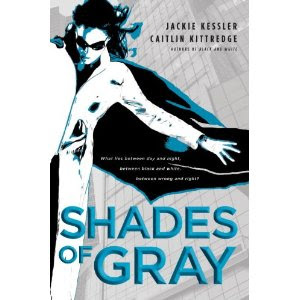 Shades of Grey is just as awesome as Black and White. I couldn’t get enough of this book. I read it in one day. These books need to be made into either movies or television series. This book featured more super heroes and villains. It was nice to get to learn more about Jet and Iridium before they became who they are today. Not to give anything away but I hope to see Jet and Iridium battle it out some more. Shades of Grey is gold!
Caitlin Kittredge Jackie Kessler