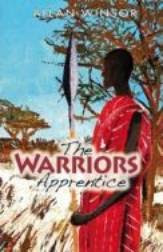 London, UK - June 7, 2010 - The Warrior's Apprentice is the story of one family's struggle to preserve their traditions against the straightjacket of a conformist society imposed by a totalitarian regime.

Set in Kenya in the near future when the world has united under the "One World Government", the last of the great Masai warriors illegally passes on his skills to his son, Njau. When revealed, Njau is seduced and manipulated by the all powerful forces of the state who will use any means to maintain their absolute control of society. Sent back out into the bush to track down and terminate a subversive reactionary, Njau must choose his own future - he must fight but on which side? Who can he really trust?

Following deception, betrayal and subsequent catharsis, he is joined by a disillusioned investigative journalist to make their stand. With his father, facing overwhelming odds, it is the truth which is their strongest weapon.

Contrasting the beauty and dangers of freedom in the wild with the sanitised homogeneity of a subdued urban existence, The Warrior's Apprentice explores the possible consequence of political idealism taken too far: where individual freedom is sacrificed to the convenience of the state.

The Warrior's Apprentice by Allan Winsor

This is the first novel written by Allan Winsor who uses creative writing as a counterbalance to the high technology world of electronic instrumentation which he inhabits as founder and director of a successful company. It was when working in Kenya in the early part of his career that Allan discovered the outstanding natural beauty of the African bush and the proud nobility of the Kenyan people.