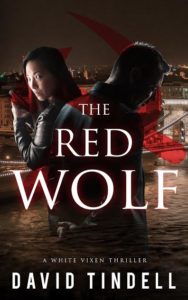 January 1987: In a secret meeting at Camp David, the president instructs the CIA to send a team of operatives behind the Iron Curtain to track down a legendary Spetsnaz soldier known only as the Red Wolf. Their mission is to prevent the Wolf from assassinating Soviet leader Mikhail Gorbachev and touching off a military takeover that might turn the Cold War hot overnight.
The newly-formed Pallas Group selects Air Force special operator Jo Ann Geary, the White Vixen, to lead a team into communist Hungary and stop the Wolf. But powerful men in Washington don’t want the mission to succeed and will risk everything to stop it. They place a mole inside Pallas, and now Geary doesn’t know who she can trust. Deep inside Hungary, she must stay one step ahead of the KGB and find the Wolf before he takes the shot that will alter the course of history.

Mr. Tindell makes me remember why I like reading International espionage thrillers. I used to imagine that I was a secret agent. Thus I had fun pretending that I was Jo Ann aka The White Vixen. She is one tough cookie. She seemed to be very easily matched to the Red Wolf. I found that Mr. Tindell really is a good storyteller. This book features story characters as well as a nice storyline. In addition, the pacing was great. I got "lost" in the story and found myself coming up for breath about 10 chapters later.

In regards, to the international piece, this story took me all over from: Maryland, West Germany, Siberia, Virginia, and Hungary to name a few places. With each location there were different characters. Sometimes this can make reading difficult with so many different characters to keep straight. Yet, it was seamless with this book. Each character had a purpose in the story. I look forward to reading more books by Mr. Tindell.


Scoop up your copy at: 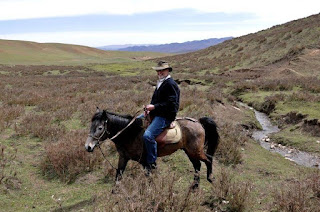 Born in Germany and raised in Wisconsin, David Tindell works for the U.S. Government by day, and by night he writes thrillers and trains in the martial arts. He has earned black belts in taekwondo and issin-ryu karate, with extensive studies in Russian Systema and Okinawan weaponry. He lives on a lake in northwest Wisconsin with his wife Sue, a Yorkie and a Siamese.


Every step she took made the assault on her senses more intense. Three weeks of this place hadn’t made it any easier to deal with, but with any luck at all this would be the last night. She forced herself to stay focused and kept walking. Two blocks to go.


It was called the Reeperbahn, in the St. Pauli district of Hamburg, and even though Jo Ann Geary knew the English translation was “rope street,” and had studied the history of the district and the city, none of that mattered now as she walked through the chilly, damp night. Just like every other night, she heard the techno-rock blaring from the clubs, the laughter and occasional scream coming from doors and alleyways. She smelled the pungent odor of marijuana smoke mixed with stale beer and what might be urine or worse, saw the garish flashing lights of the marquees and the more subtle red bulbs from the windows where the women preened. Her cover was convenient in that respect, as she could ignore the displays and not be afraid to let her irritation show. It was what any self-respecting and somewhat prudish North Korean would do.


Jo pushed the distractions aside and paid no attention to the catcalls from many of the men, and some of the women, who loitered around the club entrances and streetlamp poles. The mission came first, always, and tonight it would end, one way or another.