Join Us for This Tour from  November 26th to December 6th   Book Details: ​Book Title :   Keeping Christmas Magic by Anna and Gunnar Counselman Category :  Middle-Grade Fiction (Ages 8-12), 38 pages Genre : Children's Book Publisher : Mascot Release Date : August 2021 Content Rating :  PG -  It is a book about how to keep Christmas alive when your kids find out the truth about Santa.   Book Description: ​ ​ Shhhh, don’t tell! Keeping Christmas Magic reveals the true story of Santa Claus, asking you to become a Christmas Magic-Keeper. My Review This is a charming book. I liked the concept of how Saint Nick came to be and his Christmas Magic-Keepers. This book is the type of book that can be enjoyed by both kids and adults. Although, I would read this to the bit older children that are "aging" out of believing in Santa Claus. The illustrations are really nice and colorful. They helped to bring the story to life.    Buy the Book:   Mascot     Barnes an
Post a Comment
Read more 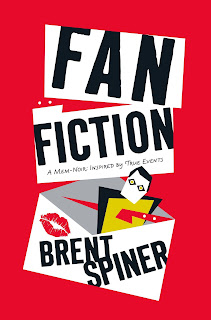 From Brent Spiner, who played the beloved Lieutenant Commander Data on Star Trek: The Next Generation, comes an explosive and hilarious autobiographical novel. Brent Spiner’s explosive and hilarious novel is a personal look at the slightly askew relationship between a celebrity and his fans. If the Coen Brothers were to make a Star Trek movie, involving the complexity of fan obsession and sci-fi, this noir comedy might just be the one. Set in 1991, just as Star Trek: The Next Generation has rocketed the cast to global fame, the young and impressionable actor Brent Spiner receives a mysterious package and a series of disturbing letters, that take him on a terrifying and bizarre journey that enlists Paramount Security, the LAPD, and even the FBI in putting a stop to the danger that has his life and career hanging in the balance. Featuring a cast of characters from Patrick Stewart to Levar Burton to Trek creator Gene Roddenberry, to some completely imagined, this is the fictional autobi
Post a Comment
Read more

Join us for this tour from Nov 15 to Dec 3, 2021! Book Details: Book Title :    Finding My Sunshine (A Memoir) Author:   Shannon Leith McGuire. ​ Category :  Adult Non-Fiction (18+), 198 pages Genre :   Memoir Publisher :   Sunshine Street Press Release date :  March 2021 Tour dates :  Nov 15 to Dec 3, 2021 Content Rating :    PG+M for bad language, anger, and suicidal thoughts, clinical depression, and assault   Book Description: "What if that someone was you?" Shannon had been so quick to blame others for her anger. She knew she was drowning in darkness and pain; being born with a learning disability made her feel defeated by life. She tried drinking heavily in order to quiet the demons. After being kicked out of college, Shannon took a leap of faith and started working in a nursing home. That's when her angels appeared and the miracle began. The insight and wisdom she gained from those elderly new friends led her on an inspirin
Post a Comment
Read more 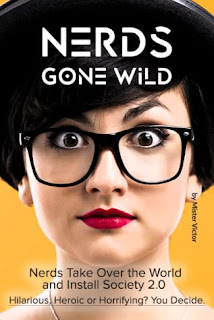 Previously published as "The Ascendancy of The Nerd" by Mister Victor. Dive, wade or simply belly flop your way through our world’s unplanned journey in which nerds have been busily (though mostly inadvertently) inheriting the earth, while the rest of us have been lost in our smartphones, glued to our computer/TV screens, or were ordering a pizza and binging on Netflix. In this terribly humorous account, we discover how the wild rise of nerds, and their mesmerizing technology, have completely redefined society, thereby affecting every facet of our lives including: • How we interact – OMG, do not call me or stop by, I’ll text you • How we work – Virtually all the time • What we eat – Why the snack aisle in the grocery store is the world’s most popular travel destination • How we dress – Why our sense of fashion has been sadly diagnosed to be in Stage IV • What news we consume – Look here, I told you I was right • And speaking of sports – Why national team sports are headed t
Post a Comment
Read more 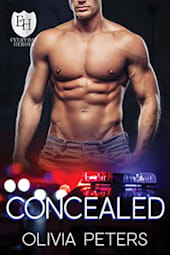 Concealed by Olivia Peters is a steamy and unputdownable roommates to lovers contemporary romance written in K. Bromberg’s Everyday Heroes World. Rebecca After my nightmare in Vegas, I don’t trust the cops, and starting over in Sunnyville is the only option. Wyatt is my new roommate with both a hero complex and a badge, but I fall for him anyway. Being a cop means everything to him, and his career will end if he rescues me. My enemy and hero are at war, and they both wear uniforms. Wyatt The Sunnyville Police Department is my last chance to make a difference after a mistake in LA almost got me fired. As part of a task force to bring down a human trafficking ring, I can’t afford any distractions. But then Rebecca and her dangerous secrets burst into my life, derailing all my plans. Now my badge needs to be sacrificed to keep her safe. If you love K. Bromberg’s Everyday Heroes World and enjoyed her story Cuffed, then CONCEALED is your next addicting read. My Review While you are making
Post a Comment
Read more 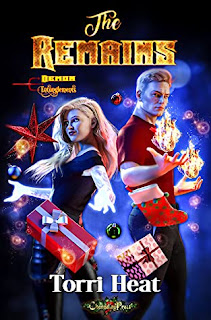 Joelle and Luc escaped hell -- barely. But now hell is coming for them on Earth. They know what Joelle can do, and the stakes are raised. Luc is doing his best to stay sane and protect Joelle, which is easier said than done when dealing with the feisty blonde. But the two will have to work together -- even when separated -- to prove that their love is strong enough to overcome even the deadliest of battles. My Review First off I have to say Joelle and Luc forever. These two will not let a "little" thing like the devil stop them from being together. In this final book, Joelle is the one in charge. She kicked some Mare butt! She was not afraid of anyone or anything.  With each book, I have grown to love Luc and Joelle more and more deeply. As I said with the second book that Joelle and Luc are the Bonnie and Clyde of Hell. Luc would go to the depths of Hell for Joelle. These two may have been fighting to keep Earth from being overrun but they still had time for hot sex. If yo
Post a Comment
Read more 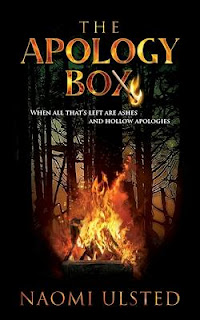 When sixteen-year-old Tessa's small mountain community is ravaged by a forest ﬁre, people come together to heal. Except Tessa. Because she set the blaze. This debut novel by Naomi Ulsted follows Tessa as she tries to pull a new life from the ashes of a big mistake. When the judge hands out a sentence of massive ﬁnes, community service and 227 apology letters - one for every person whose life she's ruined - Tessa wishes she'd been sent to prison, that life behind bars might be better than the one she's forced to live. Choked by shame and resentment, and shunned by her friends and neighbours, the only person she can lash out at is herself. An unlikely friendship, a painful discovery, and a box full of apology letters may be the only chance Tessa has at redemption. My Review This book is one that the younger audience may enjoy better. Not to say that I did not like it but I just found myself not relating or connecting with Tessa as well. She did come off as a teenager wi
Post a Comment
Read more
More posts