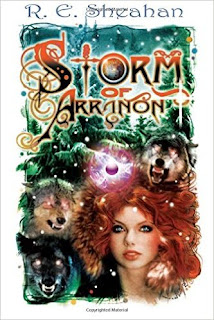 Stranded on an unfamiliar planet of eternal winter and predatory wildlife, the mysterious living consciousness of Arranon intervenes, leading Erynn on a mystical journey.

Aware of Erynn’s potential, the alien enemy pursues her. She struggles to gain control of her growing powers while in a constant race to elude the invaders, and join the forces preparing to fight a mounting occupation.

Erynn’s secret may be her worlds’ only hope, but at the cost of her life. Swept up in a chain reaction of events, Erynn’s dedication extends far beyond service and duty. She learns the true meaning of sacrifice.

Along with courage and hope, Erynn finds something unexpected on her journey of awareness and growth.
Love.

I have mixed thoughts about this book; although I can assure you that most all of them are good. My complaint is that there were a few too many times where I found myself wandering away from the story and focusing on my surroundings. Other then this factor I really did like this book as a complete whole. The genre of YA science fiction/fantasy is the perfect genre for this book. I wanted to mention this because there are times when I have read a book and the genre does not fit.

Back to the book. Erynn does make a nice heroine. She may be young but she has the skills of a fighter. As the story progresses I started to see Erynn as a leader. There was a bit of a love interest for Erynn with Jaer. Although, it is slow growing so I did not feel a strong connection. The author I felt did nicely portraying the world that Erynn was fighting to save. Yet, there was enough good things about this book that I would continue on with book two. If you like these types of books, then you may want to check out a copy.


TENDRILS OF BLUE STATIC POPPED and snapped around Lieutenant Erynn Yager’s fingers as she tapped the keypad. Black numbers and symbols streamed across the white screen of her monitor. She glanced up, checking the equation on the large overhead at the front of the cramped classroom and smiled, her answer correct.


Delicate blue currents reached out and wrapped around her hands with a faint tingling sensation. In a breath Erynn whispered, “Com avlash.” She brushed at dappled shadows that danced across the pool of sunlight at the edge of her desk, amused by the wispy blue filaments tracing her movements. They flowed like a lazy stream, trailing the path her fingertips traveled before the energy faded. As the static disappeared, she glanced around to make sure no one noticed.


No one ever had.


The buzz of winged centinents drifted in on a warm breeze through the open window next to her. She sighed and fingered the neck of her white uniform shirt, the stiff collar tight and irritating in the rising temperature.


From the front of the classroom the instructor, Major Kendal, his tan uniform meticulous, asked, “Does anyone need more time?” He scanned faces in the room. No one responded and he continued, “I trust you took into account gravitational pull, divided by trajectory angles, while factoring in speed given mass and friction before multiplying . . ..”


Erynn tried to listen, but his incessant droning soon matched the hum from outside.


Static crackled, and the air thickened with a sinking heaviness. The temperature plunged to an icy cold, chilling her moist skin. A sweet, spicy aroma replaced the electronic scent of computers and sour sweat of bodies pressed into a tight space for too long. She glanced out the window and frowned. What—


Broad yellow, orange, and red leaves trembled in the breeze. Brown stone buildings melded with the blue sky and manicured green lawns. The colors ran, blurred, and morphed into dark oily shapes with faint outlines of long arms and legs. She stiffened and squeezed her eyes shut. Images played in her mind like a silent vid in fast-forward.


Bright pinpoints of red and orange exploded, swarming under her closed lids. The high-pitched sound of a hundred musical instruments in discord screamed in her mind. The syrupy aroma intensified. She caught two words through the cacophony—a plea, and a warning.


Her chest constricted, unable to expand.


The meaning of these two words, in a language she’d made up as a child, took her breath. She pushed recognition away, refusing the insistent vision that pried at the corners of her mind seeking purchase.


The word slithered across her nerves like a dry whisper.


Heart thudding, her lids flew open. At the periphery of her vision, the sparkling colors blinked out, and the heavy atmosphere in the room lifted. Erynn’s ears popped and the shrieking voices died, sudden quiet making her believe the shrill proclamation left her deaf. She jumped up, chair legs screeching backward on polished tile as the desk banged into the seat in front of her. “No!” Her shout rang out in the small, quiet room.


Floor heaving like rolling waves, she leaned against the desk on unsteady legs. Startled students in her weapons-and-tactics class stared at her, most of them shaking their heads and smirking. Ridicule and resentment came as a barrage of stinging barbs digging under her skin. Concentrated emotions of pity, anger, concern, scorn, disgust and envy bombarded against her attempt to focus, to gain control.


In a practiced technique, Erynn envisioned a wide tunnel of white brightness spiraling into a tiny point of light. This method narrowed her exposure to the emotions of others. The reactions assailing her all but disappeared. She hissed quick breaths through clamped teeth and the nauseating sensation of motion stopped. 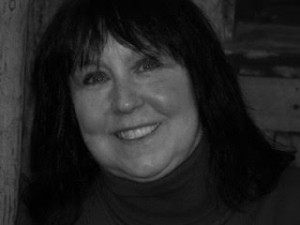 I have always been a reader. I love books. When I’m not able to read, I listen to audio books. I started writing while working as a Paramedic/Firefighter in Northern California. Trust me, it’s not like it appears on TV. There was plenty of time for books, mostly reading them. I didn’t seriously start writing until I moved to my ranch in Oregon. While waiting for lambs to be born in the middle of the night, I would head back to the house for an hour or two and sit down at the computer. Before I knew it, I had a manuscript. Not a good one, but a start. I joined critique groups and attended writer’s conferences. I was on the fast track to learning.

In 2013, I received an honorable mention in Writer’s Digest’s Self Published book awards for MG/YA. I guess I am learning something!

Ideas from dreams follow me into warm sunny days or the quiet of falling snow. “What ifs” feed a vivid imagination. Even mistyped phrases may lead to an “aha” moment. Brain storming sessions standing in windy, dark parking lots with fellow writers release thoughts that pry at the corners of my mind, grasping for purchase. Sometimes the ideas pursue me, with persistence.