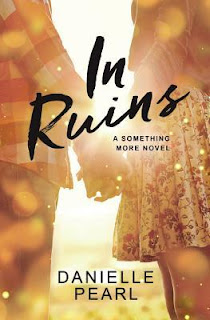 She wanted to start again. To be someone---anyone---different . . .

Freedom. When Carleigh Stanger thought of college, that was the word that came to mind. Freedom from her unhappy home life. Freedom from high school mistakes. Freedom from the memory of that terrible morning. Only instead of bringing a sweet escape, Carleigh's first campus party traps her in the scornful gaze of the last person she wants to see, Tucker Green.

It wasn't long ago that being close to Carleigh was everything Tucker wanted. But that was before he realized she was just another scheming girl who'd do whatever it took to get her way. Even lie to the guy she claimed to love. Unfortunately while Tucker's brain remembers the pain Carleigh caused, his body only remembers the pleasure.

This is the first Something More book I have read. Instantly, I felt a connection with Tucker and Carleigh aka Carl. It was not long into the story before these two hooked up. Yet, I was fine with this because it felt natural. Plus, I could really feel the emotional connection that Tuck and Carl shared. Thus when they were fighting or at least attempting to ignore each other; the agony was real. However, I am so glad that neither Tuck or Carl hooked up with anyone else it kept what they shared so real. The sex scenes may have been brief but they were still hot and heavy. I read a brief snippet of the next book In Pieces, which features Beth, Tuck's best friend's little sister. I am looking forward to reading this book. This book may be called In Ruins but the only thing it will ruin is giving you a good night's sleep as you won't be able to put this book down!