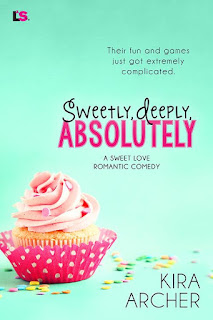 
With a month off from culinary school, Jenny Boyd has some serious party plans. Especially when the hottest guy in the club literally lands in her lap.  He’s 6’2” of cocky, sexy, man-candy, and just as commitment-phobic as she is.


Graphic designer Jared Crew is shocked when his best friend's sister-in-law doesn’t remember him right away. Luckily, she is more than willing to let him jog her memory, no complications required.


It’s all fun and games...until the condom breaks.

What a sweet, charming, funny read. Jenny and Jared made a nice couple. The heat level was raising between them. Yet, if you are thinking this might be too much for you; you are alright as the sex scenes are mild but not too graphic. Even though Jared had the persona of a playboy it was Jenny that made the first move and most of the other moves as well. Jared was so charming that even I had could not help but smile. However as much as I enjoyed the romance of this story, I was also wanting to read this book for the baking. Yes, Jenny and Jared did spend time in the bakery and made some sweets but it was minimal. I wanted more focus on the baking. Overall, this was a nice read. I would read another book by this author. 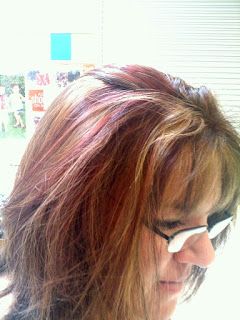 Kira Archer resides in Pennsylvania with her husband, two kiddos, and far too many animals in the house. She tends to laugh at inappropriate moments, break all the rules she gives her kids (but only when they aren't looking), and would rather be reading a book than doing almost anything else. She has odd, eclectic tastes in just about everything and often lets her imagination run away with her. She loves her romances a little playful, a lot sexy, and always with a happily ever after.

She hesitated. “Like those?” She pointed at the portraits he had hanging on the wall.
He shrugged. “Any way you’d like to pose.”
“Hmm. Lying naked on a couch like in Titanic?”
He laughed and pulled her in close. “If you were naked on a couch I’m not sure I’d be able to keep my hands on my pencils.”
“Ah, but touching the model wouldn’t be professional, would it?” She ran her hands up his chest and he put his hands over hers, hoping she’d leave them there. He’d missed her touch. Had begun to crave it like an addict going through a withdrawal.
For a moment he thought she might draw him closer. But the moment passed. She dropped her hands and stepped away and he closed his eyes against the near physical pain of it.
“Well, I’m nothing if not professional,” he said quietly.
She didn’t look at him for a moment, but when she did her smile was back in place. “How do you want to draw me?” She raised her gaze to him and held it, her sea green eyes boring into his until he felt like he was drowning in them.
He grabbed his sketch pad and a pencil and held out his hand. “Come with me.”
She cocked an eyebrow at him, but took his hand. He led her out of the studio and down the hall to his bathroom where a big, old fashioned claw tub stood.
“You want to draw me taking a bath?”
He chuckled. “I’d actually love to watch you taking a bath, but I’m not sure how long I could remain on the outside of the tub.”
Her cheeks flushed and it was all he could do not to crush her against him and kiss her until she was moaning in his arms. He took a deep breath to get a little control and led her over to the tub and handed her a big, fluffy towel.
“I want to draw you sitting on the edge, your back to me, bare,” he said, his hand tracing the outline of her body down to where her waist met the swell of her hips, “down to here. With the towel draped over the rest of you.”
She watched him watching her, and then she held out her hand for the towel. He’d meant to turn around, give her privacy to undress. He wasn’t sure why. They’d seen each other naked. Several times. The image of her beautiful body would be ingrained in his mind until the day he died and hopefully long afterwards.
But she didn’t give him the option. She pulled her shirt off over her head. Unbuttoned her jeans and pushed them down her legs until she could step out of them. She stared right at him as she reached behind her to unhook her bra and let it slide off her arms. Her panties followed.
She stood before him, bare, breathtakingly beautiful. Neither one of them moved. His heart jack-hammered in his chest, while his body warred with itself. The desire to touch her, draw her into his arms and hold her there forever, made him ache. But the privilege of standing before such perfection was a moment he’d cherish the rest of his life. He wouldn’t ruin it by making an advance that might drive her away. For now, it was enough. More than enough, to just look and worship the unique beauty before him.
A faint smile touched her lips and she turned to sit on the edge of the tub, arranging the towel beneath her. She leaned forward and turned the faucet on. Within moments, steaming water began to fill the tub.
She glanced at him over her shoulder. “Seems a shame to waste the chance to soak in such a beautiful tub. Since I’m right here.”
Jared smiled and began to draw.
She raised her arms to gather her hair in a bun. A few tendrils escaped to tumble down her back. Absolutely perfect. He sketched quickly, his fingers drawing the lines he longed to touch in person, following the contours of her body.
He finished one sketch and pulled out more paper. She shut off the water and stood, swirling the water about with one foot. He drew her from that angle as well. Long, strong lines. Muscles defined beneath the soft curves of her body. He drew until he couldn’t take it anymore.

And then he put the paper aside and went to her.
Link to Follow Tour