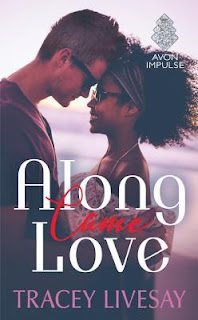 When a silly, impulsive decision lands free-spirited India Shaw behind bars in San Francisco, she has no choice but to call the only person she knows in the unfamiliar city—the very man she abandoned after a steamy two-day fling. The fact that she’s pregnant with his child is something she’d rather not divulge.

Tech executive Michael Black never thought he’d hear from the quirky beauty after she left his bed four months ago, much less be called upon to post bail. He’s got his hands full with a corporate merger that could make or break his career, but his honorable nature—and an overwhelming need to see her again—means he can’t just leave her in jail. And when India reveals the truth about her pregnancy, Mike insists she stay with him until the baby is born.

India doesn’t want to depend on him for anything, but their constant proximity stirs up feelings she can’t ignore. She’s never desired a family before and she knows a future with Mike isn’t possible . . . but then along came love to shake up all her plans.

This is the second book in this series. Yet, it can be read as a stand alone novel. I loved India aka Indi's spunk. OMG, Mike is such a sweetheart. The way that he cared for Indi had my heart melting. Yet, this book was not all about romance. There were laughs to be found as well. For example, when Indi and Mike were at the OBGYN. The doctor tells Indi to lie back and relax and Indi responds with "That is what he said." Then there was the time when Indi and Mike were book shopping on the topic of pregnancy. Indi asking Mike how she would ask the doctor for the placenta to plant in the garden and Mike responding that he did not know as he did not plan to do this. I am right there with Mike, the idea is more of a turn off then a sweet one. Although, my favorite in this story was Mike and Indi's unborn baby aka Nugget. The name while temporary was great. This is a quick read filled with great characters and storyline.
Tracey Livesay