August 03, 2009
Courtesy of Anna with Hachette I am giving away 5 copies of each book. That is a total of 20 winners! Open to US and Canada only. No Po Boxes. 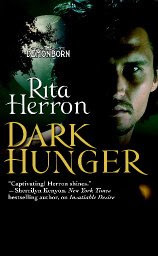 Reporter Annabelle Armstrong will go to any lengths to deliver a story, even track down Quinton Valtrez, a man she believes is a coldhearted assassin. Quinton has fought his demonic powers since he was a child. Now using his gifts for the good of national security, he can't let himself be distracted by the beautiful, determined Annabelle. A wicked enemy is out for vengeance, a demon who wants to draw Quinton into a life of pure evil and is willing to use Annabelle as bait. To save her, Quinton must achieve the near impossible: tame the sinister force that is both his inheritance and his curse before it claims him forever

Also available in e-book.
Read an excerpt.
Check out the Fun Facts.
Watch the video.
Go to DemonBorn.com to learn more about the characters, the legend, symbols, and the series.
Visit Rita Herron’s website.

Angel Sabato has been in love with best friend Grace O'Brien for 10 years--but he's only just realized it. Too bad she doesn't take him seriously when he tells her about his feelings. Now Grace is left to wonder if her problems from the past are keeping her from opening herself to love. But she brushes these "useless" musings aside, concentrating instead on the work she's doing as an apprentice to folk healer Tante Lulu and keeping up with the old woman's good deeds. Unbeknownst to Grace, Tante Lulu has decided to try her hand at matchmaking again. And Tante Lulu has never failed before! 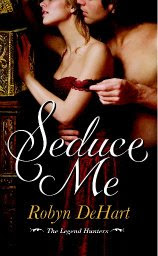 Fielding Grey is the second son of the Marquess of Eldon and fortune hunter by night. He's on a mission for the Legend Hunters--a group of wealthy, titled, and heart-breakingly gorgeous men, each of whom are after the find of the century--he has his eyes set on obtaining the illustrious Pandora's Box. But before he finds it, he encounters an equally alluring treasure--the woman bold enough to look inside, Esme Worthington.

Also available in e-book.Read an excerpt.

Listen to the podcast interview. 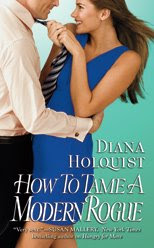 Ally Giordano’s beloved grandmother actually believes that she's living in her favorite romance novel in Regency England and Ally doesn't have the heart to set her straight. But now Granny Donny's last wish is for a retreat to the country and Ally can't refuse her...until she demands that Sam Carson accompany them. And though his smiles turn her knees into jelly, Ally knows better than to trust a playboy...and she definitely knows better than to try to change one. Or does she?

Check out the Fun Facts.

Leave comment with email address and which book(s) you want to be entered to win for 1 entry.

Blog about it for 3 entries

The_Book_Queen said…
Well, even though I was lucky enough to win a copy from one of your last contests, I'm just going to throw my name in for the heck of it. Not like I'd get lucky twice in a row on the same blog, right? :)

All of them sound good, I've not reead any of those authors but they are on my wish list.

Books I'm looking forward to... Hmm, so many! Lol. Well, for one thing the new J.R. Ward novel, Covet. Also, Lore's story (Larissa Ione's Demonica sereis). And a ton of others!

Cheryl said…
Good luck The Book Queen. Hey you never know about winning. It has been known to happen to a couple of my readers three times in a row!

KR said…
I'd love any of them.

holdenj said…
I think How to Tame a Modern Rogue and So Into You look the most interesting!
Thanks for a great giveaway!

Mariee said…
Please count me in for Dark Hunger, So Into You and How to Tame a Modern Rogue.

The books I'm most looking forward to is The Last Seduction by Sharon Page and Knight of Pleasure by Margaret Mallory.
August 3, 2009 at 8:21 PM

The Giveaway Diva said…
i'd love to read James Patterson Alex Cross's Trial!! i read the first two in the series so i'm dying to know what happens next!!

Jane said…
I would love to be entered to win a copy of "Seduce Me" or "Dark Hunter."

I'm already a follower of this blog.

And I posted a link to this contest on my sidebar (http://creativitygone.blogspot.com)

Julie said…
What a great contest! Please enter me for Dark Hunger and Seduce me!

I absolutely cannot wait to get my hands on Echo in the Bone...it has been a long time coming!

dancealertreads.blogspot.com said…
I love to win books. I can't afford to buy I go through them so quickly!

dancealertreads.blogspot.com said…
I think How to Tame a Modern Rogue would be my vote. I've won a few books in the past few weeks and consider them treasures, little staycation's every one of them!

The Bookworm said…
wow, please enter me for Seduce me and How to Tame a Modern Rogue.
thanks,
naidascrochet@yahoo.com

Anonymous said…
Please enter my name to win:
Dark Hunger
So Into You
How To Tame A Modern Rogue

CherylS22 said…
Please count me in - I'd love to win any of the 4 books. They all look great!

Anonymous said…
I would love to win Dark Hunger but the other books look good,too, so you can enter my name for any of them.
wandanamgreb (at) gmail (dot) com
August 8, 2009 at 11:08 AM

throuthehaze said…
count me in for all of them please!

penney said…
I love to win How to Tame a Modern Rogue or Dark Hunger.
I follow. Thanks
Penney
luvhistoricalromance at gmail dot com
August 9, 2009 at 4:07 PM

penney said…
Hi, I also posted this on my face book here,
http://www.facebook.com/home.php#/penney.wilfort?ref=name
I love to win How to Tame a Modern Rogue or Dark Hunger.
I follow. Thanks
Penney
luvhistoricalromance at gmail dot com
August 9, 2009 at 4:08 PM

M.A.D. said…
Hi Cheryl :) I would be thrilled with any of them - but my heart's DESIRE is for DARK HUNGER!! This would be fabulous to get to read!

Anonymous said…
I haven't read any of these, but would love to. Please enter me to win them all :) Following with Google Friend Connect and blogged. *Thanks* for the giveaway!
blog[at]theluckyladybug[dot]org
August 10, 2009 at 12:02 AM

Unknown said…
I'd love to be entered to win all of these books. I haven't read these authors before, but these 4 books sound great! I am already a follower.

OH ALL these books look SOOOOO good thanks for for this chance to win!!!!! I think I would like Dark Hunger the most.
I am a follower

Marie said…
I would be thrilled to win any of them actually :-)

I am a follower.

I'm looking forward to Catching Fire among several others!

rubymoon said…
I'd love to win Seduce Me! This has been a book on my reader's radar for awhile. I would just love to escape into that stories time and place. Thanks for the chance.

rubymoon said…
I follow you on Google Friend Connect as Ally/rubymoon.

Sara M said…
Count me in for Dark Hunger. I'm also a follower.

Hi again Cheryl - I am now a follower :)

And, since I actually got Dark Hunger a few days ago, I have to change my original pick and ask if I could please be entered to win SEDUCE ME instead ?

Boy, I was SO wanting to win Dark Hunger and can't believe I did, wouldn't it be wild if I got lucky and won SEDUCE ME also? lol
Maybe I'll get lucky for my upcoming birthday (and maybe win the lottery?)

cheryl c said…
I would love to win SO INTO YOU or HOW TO TAME A MODERN ROGUE. Thanks for the chance!

I am looking forward to Elizabeth Hoyt's TO DESIRE A DEVIL.

Mercedes said…
enter me for all of them plz. im very much interested in dark hunger lol. thanks much.

dancealertreads.blogspot.com said…
I would so love to read any of them!

penney said…
I follow and have you on my face book posted this on my face book here,
http://www.facebook.com/home.php#/penney.wilfort?ref=name
I love so into you or How to Tame a Modern Rogue
Thanks
Penney
luvhistoricalromance at gmail dot com
August 29, 2009 at 8:45 AM

Anonymous said…
I'd love to read all of them, so please enter me for all four.

Unknown said…
I would love to read Dark Hunger. Please enter me into the giveaway.

I am a new follower of your blog.

Ari said…
Please enter me into contest for all the books

DCMetroreader said…
Please enter me for So Into You.
Thanks for the giveaway!
Kimspam66(at)yahoo(dot)com
August 31, 2009 at 6:44 PM