August 15, 2009
I was suppose to post this yesterday but I lost internet connection and it took our internet provider all day to fix it. Supposedly something happened to one of their servers. Hey better late than never. 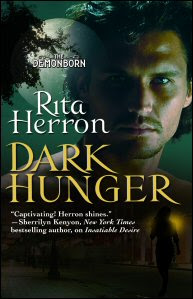 and knew that it was the start of a great new series by Rita Herron, I did take pleasure in this latest offering in this series but just not as much as I did Insatiable Desire. Though I do believe Forbidden Passion the last book in this trilogy will be really good.

Quintan Valtrez is a skilled assassin. He is good at what he does but that might have something to do with the fact that he has demonic powers. No one knows about Quintan or so he thought.

CNN television reporter, Annabelle Armstrong will go to great lengths to get the scoop for a top story. It is All Hallows Eve, a night when evil can roam freely amongst humans. While out doing some recon, Quintan senses a pretense near by, when he turns, it is her...Annabelle. Before he can confront her as to why she is following him, a boat full of partygoers is blown up.

Annabelle knows Quintan is hiding something and she aims to find out what it is. Quintan and Annabelle will have to team up if they want to stay alive. The Dark Lord of the underworld wants Quintan by his side to rule, even if it means eliminating Annabelle from the equation. 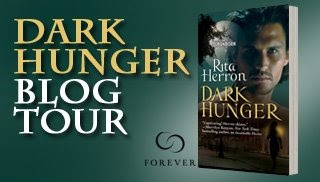 Open to US and Canada only. No PO Boxes. Ends August 31st.

Share with me your favorite book, series, or author of Urban Paranormal Genre books for 2 entries.

Refer a friend/friends to become followers. The person who refers the most people will automatically win a copy of this book.

tetewa said…
I have the first book in the series and I'm looking forward to this one! My favorite series is The Dark-Hunters! tWarner419@aol.com
August 15, 2009 at 10:51 AM

Jane said…
I loved the first book, too and can't wait to read "Dark Hunger." I like Christine Feehan's Ghost Walker series.

Debs Desk said…
Please include me in your giveaway.
Thanks
Debbie
debdesk9(at)verizon.net
August 15, 2009 at 12:09 PM

dancealertreads.blogspot.com said…
Please enter me in this giveaway!

I love anything by Catherine Anderson ( the Hariigan Series)

rubymoon said…
I have read such intriguing reviews on this book it is a must read for me. The genre is my favorite and the author is new to me so thanks for the chance to win.

Mary Kirkland said…
I would have to say the best book series I have read so far is the 'Dark' Series by Christine Feehan. I also love the "dark Hunter" series by Sherrilyn Kenyon. My latest great find is the "Warriors of Poseidon" series by Alyssa Day. If you haven't read any of these yet, you are missing out.
August 16, 2009 at 12:17 PM

cant wait to read this book

Lee P said…
I enjoy reading paranormal books. Thanks for this giveaway and please count me in.

Lee P said…
A paranormal book series that I enjoyed reading was The Twilight series by Stephenie Meyer.

Belinda M said…
Please include me in your giveaway

Fokxxy said…
Count me in too! This looks great! thank you for the chance.

flowerchild said…
this book sounds very interesting ..count me in ..thanks