If YOU LOVE THEM, LET THEM GO 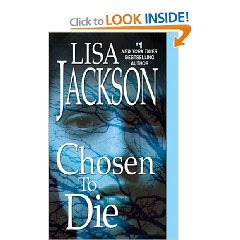 I got a chance to host bestselling author, Lisa Jackson. Read as she discusses the characters fromher new series

It was my editor's idea for me to write a book with two female cops as the lead characters. My initial reactions weren't all that favorable. I think they were: "What?" and "Is he out of his mind?" and "Does he mean something like Cagney and Lacey" the old 1980s television show. My immediate reaction was "No way."

But, as is often the case, the idea grew on me and I saw not cops in the city, but two detectives in the raw Montana wilderness. Those detectives grew in my mind. the first was Regan Pescoli, a hard-as-nails single mother, who has trouble with her ex-husband, teenaged kids, and hot lover. Regan just can't seem to be all places at once. Then there is her partner, Selena Alvarez, a transplant from Woodburn, Oregon who is wound tight as a bobbin in my mother's old Singer sewing machine and has a lot of dark secrets of her own.

So, once the women became "real" to me, I began to have a blast writing about them as well as the other quirky and off-beat characters in Grizzly Falls. One woman talks to ghosts, another guy thinks he was abducted by aliens, a third runs a restaurant with a huge mounted grizzly bear that she dresses up for the holidays. (You do see that the bear is long dead, right? And stuffed. She's crazy, but not THAT crazy!)

So as I wrote one book became two and two led to three. The original plan was to write LEFT TO 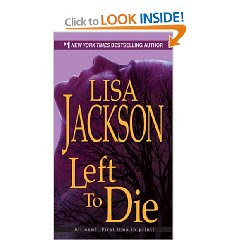 DIE and CHOSEN TO DIE, then I added BORN TO DIE which will be out in August 2011--yeah, I know two years from now! After "BORN" I was set to let the characters go.

But, as it turns out, I haven't yet written "Alvarez's Story," and there's still a lot left to write about Padget Long, an interesting character introduced in CHOSEN TO DIE. Already fans are writing me and asking about her.

So, because I love them, can I let them go? The answer is: Not yet. I believe every series has it's own life span and that eventually the stories are all written, but in this case, I foresee a few more books in the future.

Becky LeJeune said…
Yay, thanks for hosting this, Cheryl!

I loved Left to Die and have book two on my bedside table right now. I was dying to get to book two when I finished. I think the characters are fantastic and I'm so glad they'll be around for a while.
August 26, 2009 at 12:25 PM