August 25, 2009
I want to thank Tony with Blue Dot Literary for sending me a copy of this book to review. 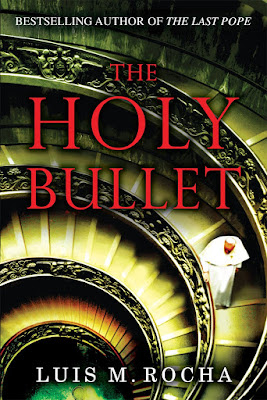 This book starts out with an important event that rocked the world.

The year is 1981. The day is May 13. A day people will remember for a long time. Pope John Paul, the second was shot at by Mehmet Ali Agca. Mehmet tried to assassinate the Pope. He was captured and questioned.

Linda Jacobs said…
Sometimes I think authors try to get too fancy or unique with the way they tell their stories. Occasionally it works, but often it's just confusing and annoying.