There is a Storm Approaching 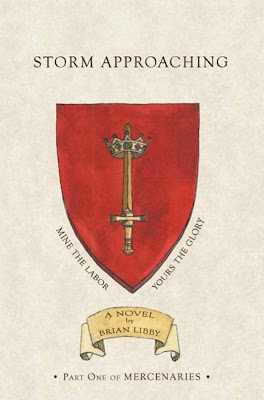 It begins with the story of a young girl named Andiriel. She and a bunch of other girls live and work at the Institute for the Homeless. Andiriel is an orphan. She longs for a grand adventure. Andiriel just may get her adventure sooner than she thought. She ends up meeting The Silver Hawks, a bunch of soldiers. Andiriel gets the chance to hone her skills with a sword and hang with the soldiers.

While out and about, Andiriel discovers a fox. This fox is very unique. Andiriel feels the need to find the fox’s home. She ends up leaving the Institute. Along the way, Andiriel makes some friends, who travel with her. Now Andiriel and her companions are on the greatest adventure Andiriel will ever have in her life.

I liked the fact that the main character Andiriel is a young girl. Mr. Libby could have written this part for a boy but he didn’t. That is great. Andiriel took me on an adventure. She is a very courageous girl, who is also smart. While I did enjoy this story, there were a few times in the middle where I did skim over it. It wasn’t because of lack of interest but just because I wanted the story to more along a little faster. I have a feeling with the ending and the fact that there are already books two and three that this series will get better and better as the story progresses. Overall a pretty good book.


ABOUT THE AUTHOR
Having taught real history for many years at a Minnesota prep school, Brian Libby wanted to try writing some imaginary chronicles embodying adventure, war, diplomacy, and humor. 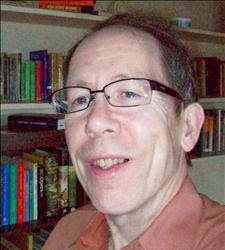 He has written three further volumes in the Mercenaries series, to be published if the first is a success.

He has also written And Gladly Teach, a humorous novel about a prep school, and Miscellanea, a small collection of satirical essays and poems.
Brian Libby