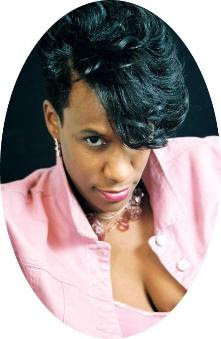 TOPIC: Why do women RUN WITH SCISSORS?

toniwo, author of That's What You Get For Running With Scissors, Volume 1, stops by Cheryl's Book Nook. Learn how she received the concept behind her compilation.


I was eagar to share the concept of ...Running With Scissors and how it applies to real life.

Today's woman is on the go and in control of everything. Her career, her household, her children, her checkbook, however there is one thing she can't control no matter how hard she tries. Her emotions.

The concept of ...Running With Scissors came from a childhood incident. Both my mother and grandmother are seamstresses and as any child, I liked to help. One day, I was fetching a pair of scissors for my grandmother and I ran to give them to her. She immediately stopped me and told me I could fall down and hurt myself.

As I got older, I applied the situation to real life. If a woman pursues a relationship with a man knowing that he is married or has other issues that could be detrimental to her, that is like RUNNING WITH SCISSORS. The opportunity for getting hurt is inevitable. But to take it a step further, once the relationship plays out exactly how it was predicted in the beginning, the woman tends to be shocked and pretends to be a victim of this NO GOOD man. She is now a woman scorned looking to repeat the same behavior with some other man with the same types of issues. But where does the responsibility lie?

So the idea of That's What You Get For Running With Scissors came from real stories exaggerated enough to be fiction but not to far from the truth. In my short story collection, I give readers a look at different women and their relationships. The stories are sad, but a true representation of women who devalue themselves for the love they perceive to have for a man. 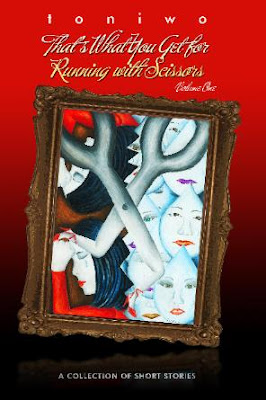 There are 17 stories of women taking the wrong road to finding love. The compilation begins with "Stupid Is What Stupid Does," about a young woman in a relationship with a guy, who in turn is seeing someone else. When the young lady doesn't hear from him and he finally contacts her to explain, she accepts his excuse only to realize her "man" is now married to the woman she caught him with in the first place. In "Friends With Benefits" the woman falls for a guy who is the opposite of the men she usually dates, but she finds out too late that he is extremely jealous and will do anything to keep her, including filing criminal charges against her. The other stories include relationships with co-workers, preachers, ex-cons, infidelity and a host of other scenarios.

THAT'S WHAT YOU GET FOR RUNNING WITH SCISSORS has a story for almost any kind of bad relationship drama you can think of. The women fall for men who hurt them in the end. Although they see the signs to be wary of, they seem to desperately want to be in love, no matter the consequence. Some of the situations have humourous moments making one think. Even if you cannot relate personally to the particular circumstance, I am certain that there are friends, male and female, who have. The stories are real and will have you evaluating your own previous relationships. My collection is thought-provoking, insightful and honest.

Regardless, if you are Running With Scissors or not, the point of the stories is to understand that we are responsible for our choices in our relationships. If we chose to RUN WITH SCISSORS and get hurt, well, then, THAT'S WHAT YOU GET!

Kathryn Magendie said…
Wonderful concept/idea/analogy, etc! Thank you for this post, and thank you Cheryl for inviting the author to speak about it!
August 11, 2009 at 5:31 PM

Cheryl said…
Bingo -Thanks for stopping by.

Kathryn -I am glad you liked the concept. I agree that I learneda lot from reading it. I enjoy learning where authors get their ideas.
August 11, 2009 at 8:45 PM