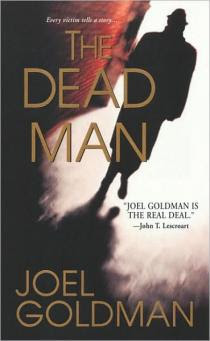 I want to thank Authors on the Web for sending me a copy of this book to review. Check out this site, it is a cool one.

Someone is killing off people exactly how they saw it in their dreams.

Billionaire, Milo Harper opened an facility called The Harper Institute of the Mind. An old acquaintance’s of Milo’s recommends Jack Davis to Milo. Jack used to work for the Federal Bureau of Investigation. Jack is looking for something new to pass the time. Milo contacts Jack for a favor. He needs Jack’s help to find the killer and fast. Milo is under pressure to put a stop to the killings. All of the victims were study subjects at the institute. The institute’s goal was to help all of the people control their dreams. If you thought your dreams could only kill you in the movies, than think again. As there is a Dead Man walking and he is coming for you.

The Dead Man is the second book to feature former FBI agent Jack Davis. This book can be read as a stand alone novel. While I did enjoy this thriller, I had a slight issue with the fact that I was able to figure out the killer right off the bat and there was a secondary situation involving Jack that I couldn’t really tell you about as I wasn’t as interested in it as I was the main plot. Overall though I was slightly disappointed in this book, I would still give another Joel Goldman novel a try.
Joel Goldman