The Cupcakes Across America Book Tour

July 14, 2010
I wanted to share with you all about Jennifer Weiner's yummy book tour. Might try to make the tour at the Tattered Cover. 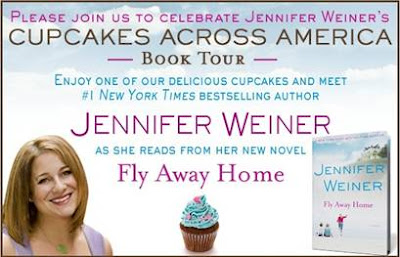 Weiner fans will get to enjoy delicious cupcakes from local bakeries and meet Jen as she reads from FLY AWAY HOME.

The Cupcakes Across America Book Tour is Jen’s way of thanking all of her fans for their enormous support. Jen chose the best bakers across the country…and found it amazing how many of these shops are run by mothers who started their own businesses.

The following bakeries will be providing cupcakes as Jen embarks on her three week tour to bookstores across the country: (Check out Jen’s Facebook with more info on the tour!)