Watch out for Babydoll...She can be a Killer!

I am excited to be a part of this blog tour for one of my favorite authors. 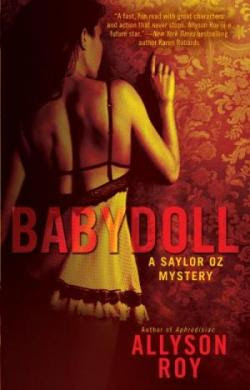 Sex therapist, Saylor Oz is back. After taking on the bad guys in Aphrodisiac with a killer perfume, Saylor and her best friend Benita are ready to take on another mystery.

Bad, Bad, Babydoll is book two in the Saylor Oz series. I am in love with Saylor and can’t get enough of her. She may be only four feet, eleven inches but watch out as she can still kick your butt. There are so many funny moments in this book that I couldn’t possibly pick just one. There is the one when Saylor first meets Mr. Lavender and gets tongue tied and to make matters worse, out drops out of her purse some lotion. Or how about the time when Benita and Saylor end up at the house of some drug dealers, pretending to be porn stars.

This husband/wife team of Allyson Roy is dynamic. They are a force to be reckoned with. Allyson Roy infuses their love of old movies with comedy that equals…instant bestseller! If you haven’t tried out this series yet than what are you waiting for…run don’t walk to your nearest book store and pick up a copy of Bad, Bad, Babydoll today. You won’t regret it. 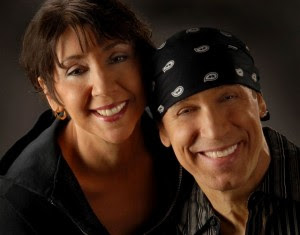 Behind Allyson Roy is . . . Alice & Roy, husband and wife collaborating authors. We spent many gypsy years living and working in the different neighborhoods of New York City and Philadelphia.

To read more about these authors and check out their books, head on over here.

Allyson Roy said…
We just want say thank you, Cheryl, for having us here as your guest today.

trish said…
I love short and spunky heroines. I liked the Anita Blake series until it got too...too...bizarre?