I just Love You to Death 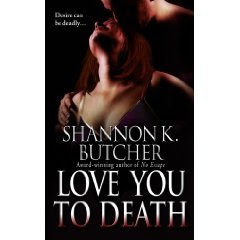 There is a serial killer on the loose. This killer is unlike any others, who have come before him. He has a purpose. He wants to create the perfect woman. So how do you achieve the perfect woman…Or course by taking parts from various other women and piecing them together.

Elise McBride had a feeling that something had something horrible had happened to her sister, Ashley. She hadn’t heard from her in days. Elise called the authorities but Elisa got the impression that they aren’t taking her too seriously. Elise decides to hop on a plane and investigate herself on what has happened to Ashley.

Ex-cop, Trent Brady was just getting ready for bed when he spots a light flashing across the street in his neighbor’s house. He knows it can’t be his neighbor as Ashley has left. Trent’s cop instincts kick in and he goes to investigate and receives a huge surprise. At what Trent first thought was a teenage boy, turns out to be a woman. The police arrive and assure Elise that they will find her sister. Elise and Trent team up together to locate her sister before it is too late.

Love You to Death is dark and sinister. The tension runs high all the way till the very end. Elise and Trent molded well perfectly together. Elise had the brain smarts and Trent was all muscle. I like that the killer had a purpose in mind and that it was revealed at an early stage. This helped make the killer in my opinion more menacing. Shannon K. Butcher has made me a fan and I can't wait to read more.
Shannon K. Butcher

Jane said…
Yes, she is married to Jim Butcher. I love Shannon's romantic suspense books. Haven't had a chance to read her new paranormal book yet.
September 27, 2009 at 3:54 PM