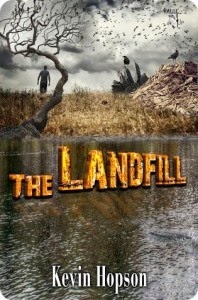 Billy, a high school senior, has lost a lot in the past year, including his younger sister, Sara. Billy lacks excitement and purpose in life until his curiosity takes him and his best friend, Connor, to an old, abandoned landfill along the river. Connor would rather forget the experience, but Billy can’t help but feel invigorated by their findings. Taking it upon himself to uncover the mystery, Billy finds his life coming full circle – but is that a good or bad thing?

Billy and his best friend, Connor are walking home from school when Billy asks Connor what the big pile of dirt is. Connor says it is probably a landfill. Billy is curious as the dirt pile is not anywhere close to the city dump. He asks his father as well and his dad does not know. Now Billy is really curious. He drags Connor with him to check it out. They see a man digging a hole and burying something. Wait is that a baby?


This is a quick, short story at about 33 pages. However you would not miss anything by reading this book. In fact, after I was done reading, I wanted more. This book had a bit of a Stephen King feel to it. I sure was not expecting the ending. Just as things were getting exciting in the story, the author went and threw me the curve ball with the ending. I now have to go check out this author's other books.

Prior to hitting the fiction scene in 2009, Kevin was a freelance writer for several years, covering everything from finance to sports. His debut work, World of Ash, was released by MuseItUp Publishing in the fall of 2010. Kevin has released several other books through MuseItUp since then, and he has also been published in various magazines and anthology books. Kevin’s writing covers many genres, including dark fiction and horror, science fiction, and crime fiction.
His latest book is The Landfill.

You can visit Kevin’s blog at www.kevin-hopson.blogspot.com.
Kevin Hopson