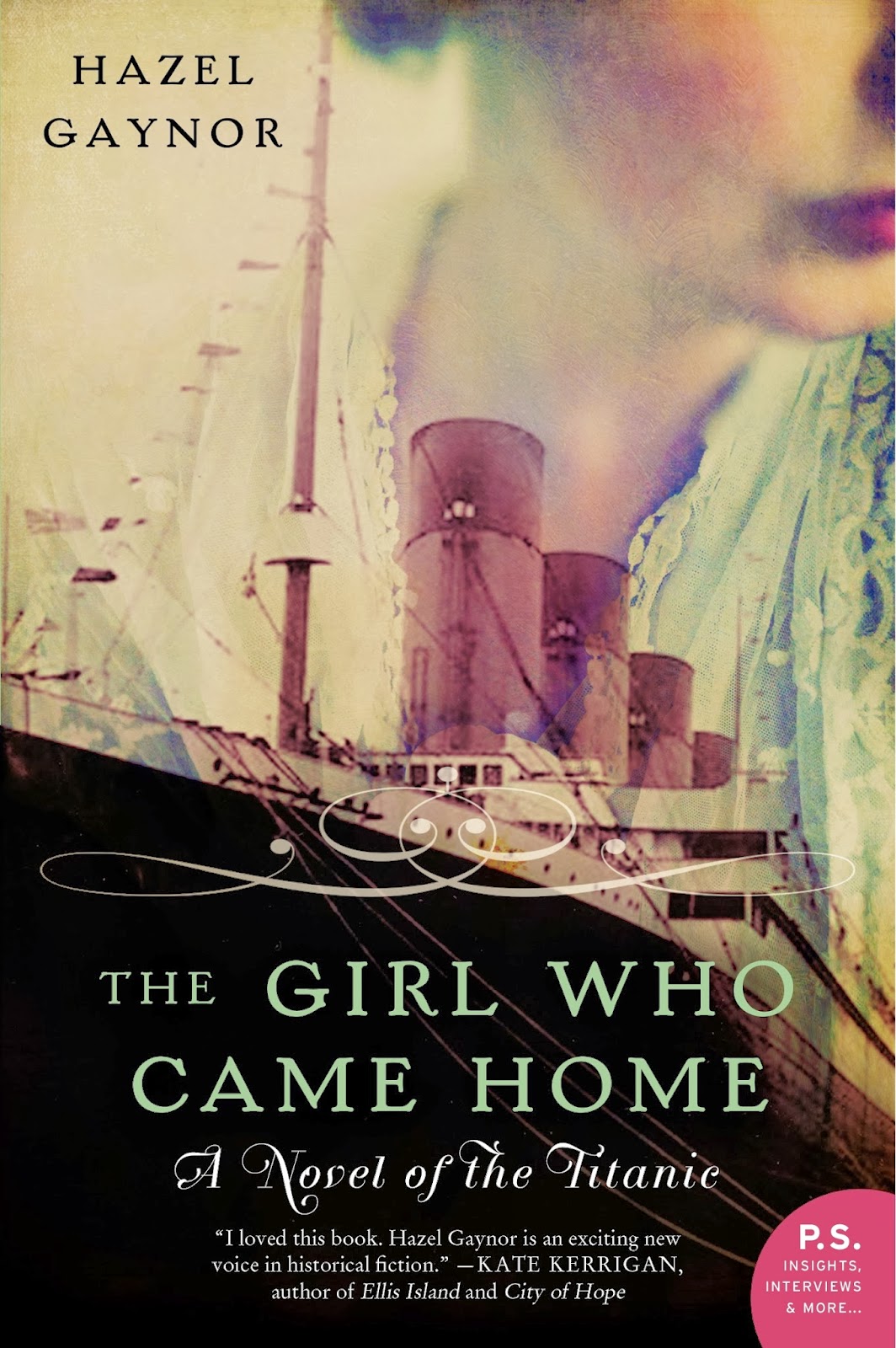 My review
What a wonderful story author, Hazel, has weaved in The Girl Who Came Home. Maggie was a great character. For me she is what really made this book special. I did not really care about what most of the other people in this book. Well except for Harry, Maggie's friend, Peggy, and Grace, which is pretty much the main group of characters in this book. Although, I was not so much into Grace in the beginning. But as the story progressed and I got to know Grace better, I warmed up to her. What a happy ending for all.
There is nothing you can do to really improve on for such a well known subject matter as the Titanic. The only thing you can really do is bring the story to life with good characters. Which as I stated before, I thought the author did a nice job in this area. As I was reading this book, I felt like I was one of the passengers on the Titanic. I could picture the upper class deck that Maggie walked on, saw the dining room, pictured her room in the lower deck, felt the water spray on my face, and could feel the cold water and the screams of fear. I look forward to reading more books from this author. iTunesHYPERLINK "https://itunes.apple.com/us/book/the-girl-who-came-home/id714573769?mt=11" | IndieBound

Pushed along by the crowd behind her, Maggie had no choice but to keep climbing, emerging onto the boat deck terrified, shivering uncontrollably with the cold, and separated from everyone from her group other than the four who stood with her. The emergency rockets being fired into the sky sent a bright red light across the ship, which was now audibly creaking and groaning under the strain of the water flooding the lower compartments.

Maura Brennan stared wildly at the unfamiliar faces emerging from the ladder behind them. "Maggie, where are the others? They were right behind us."

Grabbing her arm, Harry pulled Maggie and the others he had managed to bring up the ladder toward a lifeboat. "It’s women and children first," he told them. "The men will follow."

Maura Brennan grasped Harry’s arm. "What in God’s name d’ye mean, women and children first? Can we not all go together?"

A terrible silence fell over the group then. Maggie looked at all their faces as an officer manning the boat started shouting at them urgently.

"Everyone in, miss. Come on, everyone in, right now. There’s room for a few more."

Seeing that Maura was pregnant, he ushered her toward the boat, pushing Eileen and Maggie with her. A surge of passengers behind them caused them all to be pushed forward, their legs crushed momentarily against the hard edge of the lifeboat. Some men tried to clamber aboard. A shot rang out. Maggie turned to see the officer waving his gun in the air.

"Get back, men. Get back and wait your turn."

As the women hesitated, their seats were gladly taken by others.

The officer pushed Maggie forward. "Miss, one seat left. I would take it now if I were you, before it’s too late."

Maggie hesitated, looking wildly from one face to the other, at young Michael Kelly’s face streaked with tears.

"Let the boy in," she said to the officer, pushing Michael forward. "Let him go in this boat. He has a mammy at home."

"Women and children first, miss. He can go in the next boat."

"But I can’t go alone," she cried, clutching at Maura’s thin coat. "I can’t leave you all here. And what about the baby?" she added, conscious of the life growing within Maura’s belly.