To Live Forever: An Afterlife Journey of Meriwether Lewis 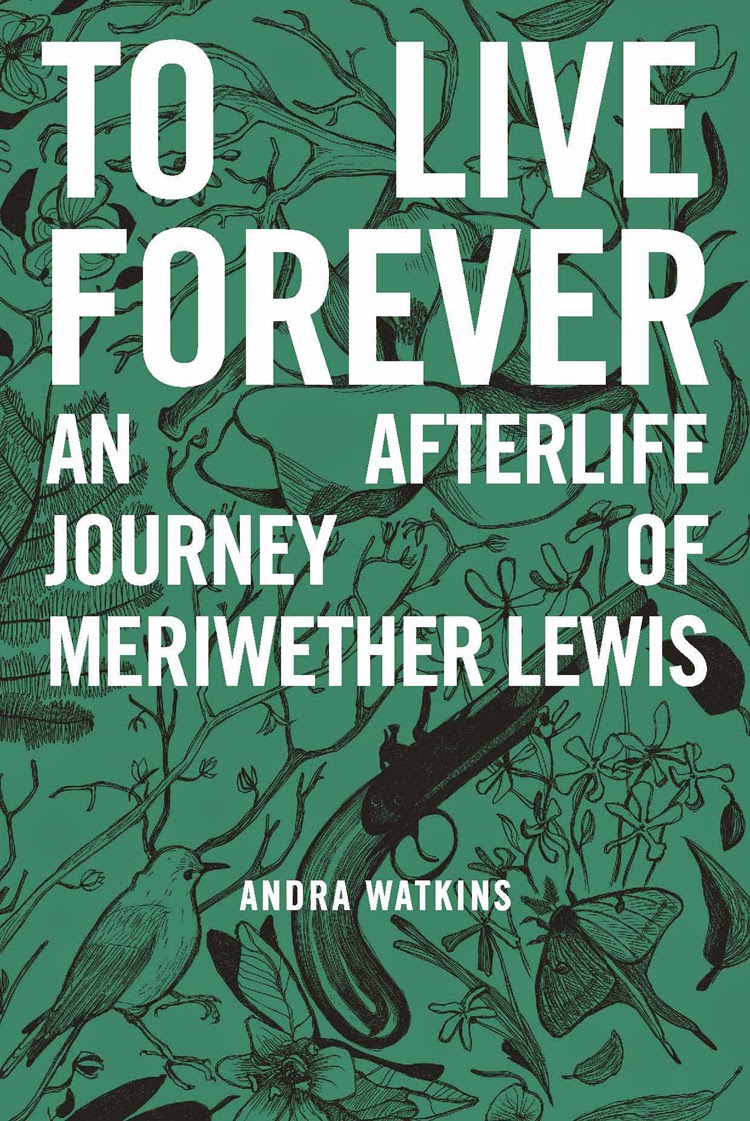 Publication Date: March 1, 2014
World Hermit Press
Paperback; 310p
ISBN-10: 0615937470
eBook; ASIN: B00IA0MWMQ
Purchase on Amazon here
Is remembrance immortality? Nobody wants to be forgotten, least of all the famous.
Meriwether Lewis lived a memorable life. He and William Clark were the first white men to reach the Pacific in their failed attempt to discover a Northwest Passage. Much celebrated upon their return, Lewis was appointed governor of the vast Upper Louisiana Territory and began preparing his eagerly-anticipated journals for publication. But his re-entry into society proved as challenging as his journey. Battling financial and psychological demons and faced with mounting pressure from Washington, Lewis set out on a pivotal trip to the nation’s capital in September 1809. His mission: to publish his journals and salvage his political career. He never made it. He died in a roadside inn on the Natchez Trace in Tennessee from one gunshot to the head and another to the abdomen.
Was it suicide or murder? His mysterious death tainted his legacy and his fame quickly faded. Merry’s own memory of his death is fuzzy at best. All he knows is he’s fallen into Nowhere, where his only shot at redemption lies in the fate of rescuing another. An ill-suited “guardian angel,” Merry comes to in the same New Orleans bar after twelve straight failures. Now, with one drink and a two-dollar bill he is sent on his last assignment, his final shot at escape from the purgatory in which he’s been dwelling for almost 200 years. Merry still believes he can reverse his forgotten fortunes.
Nine-year-old Emmaline Cagney is the daughter of French Quarter madam and a Dixieland bass player. When her mother wins custody in a bitter divorce, Emmaline carves out her childhood among the ladies of Bourbon Street. Bounced between innocence and immorality, she struggles to find her safe haven, even while her mother makes her open her dress and serve tea to grown men.
It isn’t until Emmaline finds the strange cards hidden in her mother’s desk that she realizes why these men are visiting: her mother has offered to sell her to the highest bidder. To escape a life of prostitution, she slips away during a police raid on her mother’s bordello, desperate to find her father in Nashville.
Merry’s fateful two-dollar bill leads him to Emmaline as she is being chased by the winner of her mother’s sick card game: The Judge. A dangerous Nowhere Man convinced that Emmaline is the reincarnation of his long dead wife, Judge Wilkinson is determined to possess her, to tease out his wife’s spirit and marry her when she is ready. That Emmaline is now guarded by Meriwether Lewis, his bitter rival in life, further stokes his obsessive rage.
To elude the Judge, Em and Merry navigate the Mississippi River to Natchez. They set off on an adventure along the storied Natchez Trace, where they meet Cajun bird watchers, Elvis-crooning Siamese twins, War of 1812 re-enactors, Spanish wild boar hunters and ancient mound dwellers. Are these people their allies? Or pawns of the perverted, powerful Judge?
After a bloody confrontation with the Judge at Lewis’s grave, Merry and Em limp into Nashville and discover her father at the Parthenon. Just as Merry wrestles with the specter of success in his mission to deliver Em, The Judge intercedes with renewed determination to win Emmaline, waging a final battle for her soul. Merry vanquishes the Judge and earns his redemption. As his spirit fuses with the body of Em’s living father, Merry discovers that immortality lives within the salvation of another, not the remembrance of the multitude.
Read an Excerpt HERE.

If you are looking for something new to read then you should check out this book. I read it in one afternoon as it was that good. Yes, this book did surprise me. I was not sure how much I would like this book. As I stated before, I read this book in one afternoon. Emma, and Meri Jim are what made this story more then just a story. The concept of Meri being like a guardian angel who is tasked with watching over Meri was sweet. It was kind of like Meri got a second chance at life to make something of it and be remembered.

Emma may be a blonde beauty with curls but don't let her looks fool you. She is a tough cookie. The journey that Emma and Meri took made me think of Tom Sawyer and Huckleberry Finn, mixed with To Kill a Mockingbird, and It's a Wonderful Life. Yeah, what a combination. There were several aspects of the story that made me thing these references. First there was the time period and because Meri was a co-captain of the Lewis and Clark expedition that had me thinking of Sawyer and Finn. Then there was Emma and her tough as cookies attitude that made me think of Scout. Finally cause of the way that the story would change voices and the journal entries of Meri had me picturing him as George and him getting a glimpse of his life.

There was a plot twist involving Emma and a prominent Judge. I think I missed something before when the Judge was around or I did not really pick up on it right away but I was a little confused in regards to why the Judge was pursing Emma. As I got near the end of the story, all the pieces of the puzzle came together for an "Ah, Ha" moment. The book ended on a good, strong ending. 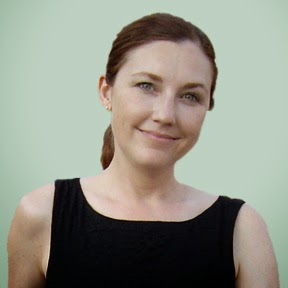 About the Author
Hey. I’m Andra Watkins. I’m a native of Tennessee, but I’m lucky to call Charleston, South Carolina, home for 23 years. I’m the author of To Live Forever: An Afterlife Journey of Meriwether Lewis, coming March 1, 2014. It’s a mishmash of historical fiction, paranormal fiction and suspense that follows Meriwether Lewis (of Lewis & Clark fame) after his mysterious death on the Natchez Trace in 1809.
I like:
hiking
eating (A lot; Italian food is my favorite.)
traveling (I never met a destination I didn’t like.)
reading (My favorite book is The Count of Monte Cristo.)
coffee (the caffeinated version) and COFFEE (sex)
performing (theater, singing, public speaking, playing piano)
time with my friends
Sirius XM Chill
yoga (No, I can’t stand on my head.)
writing in bed
candlelight
I don’t like:
getting up in the morning
cilantro (It is the devil weed.)
surprises (For me or for anyone else.)
house cleaning
cooking