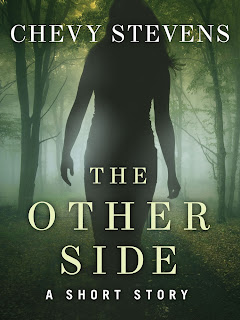 
I thought this book was a nice, quick read for a short story. It was a nice tie in to Never Knowing. It is in that book where Sandy fully investigates the case of the Campsite Killer. However I would say the main focus of this short story was really Sandy and her mother’s murder. It was good to get to know the full details of the case. Also it was nice to see that Sandy finally gets closure. The only thing about this book that would have made it better is that the murder case surrounding Sandy’s mother was stronger. So for me I wanted more of the intensity that comes from a murder investigation like what was the killer’s motivation for the crime? I did learn the reason but to me it kind of came off as ok here is the reason and accept it. None of the other characters that Sandy interviewed were very memorable. So this book just left me wanting more. Luckily Chevy has a new book that will hopefully give me that titled Always Watching.