Chronicle of the Mound Builders 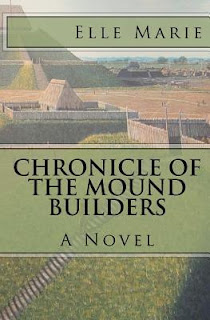 A team of archaeologists finds a jar in middle Missouri, home of the Mississippian culture (aka the Mound Builders). Despite dreams that it might not be a good plan, Angela Hunter and her father, Peter, open the jar and find a talisman and a codex written primarily in pictographs.


There are many people who want to get this codex for themselves or their ancestors but only one will prevail. Two tales are told here although both endings are the same. A tale of Angela, her teams of researchers and the Native American Society dedicated to keeping the codex and talisman from the world. The other tale is of the boy who wrote the codex: Tototl, son of Chipahua the judge, and his journey far from his homeland.

This book was researched in depth and it is obvious the author knows Missouri, the many mounds to be found there and their historical significance. I enjoyed the book but had a bit of an issue with the two stories. I felt that the story of Tototl could have been shortened but that’s just my opinion. It is a great read with excitement and a history lesson combined.