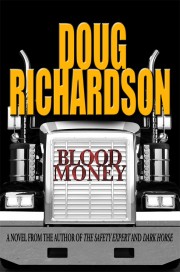 In an aptly named novel, Doug Richardson shows us the no-hands barred world of criminals vs cops. Greg Beem is a vet with many issues. Most of the time they’re under control but, occasionally, the “little guy in his head” comes out and it never ends well.


Take, for instance, his trip to the Port of Long Beach stalled in Kern County by a young deputy in the middle of the road. All he needed was some help for an accident but did Beemer office service? Well, sort of. If you calling killing the deputy service. He didn’t know he signed his own warrant at that precise minute. He shot Lucky Dey’s little brother.

Lucky moved to Kern County to get away from the Lennox cop shop where he had been for quite awhile. The violence (mostly instigated by the cops) was getting too much. Little bro had followed him in what ended a tragic error of judgment. Now Lucky, along with some old friends and a lady FBI ride-along named “Gonzo”; is off to kill a killer.

Add to this mix a totally pissed off father (the accident victim) who has a lot of power and doesn’t hesitate to use it. A bitchy Federal Attorney who has never met a camera she didn’t love and a cast of others and you have something that should be a movie. And well may be at some point. Go get it while it’s hot!