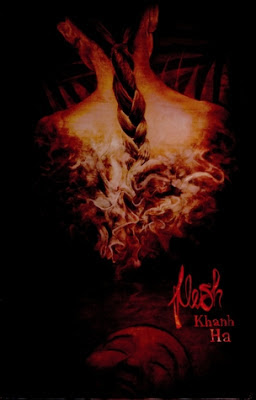 Tai witnesses his father beheaded. His father was part of a gang. He was betrayed. The man who betrayed him got away. Tai goes on a mission to get revenge for his family. It will be a life changing journey for Tai.

This is a interesting book. I have mixed feelings about it. On one hand I liked the way Mr. Ha writes. He brought to life Tai. I was cheering for Tai and his mission. He was quiet but had a quiet strength about him. Ever though his father was dead, I felt like I knew him. Just from the tales and memories that Tai had of his father. I agree with the other readers that I liked the poetic writing style that Mr. Ha took with this book. It kept everything flowing together nicely. Mr. Ha really captured the essense of the people that he was writing about.

The flaw that I had with this book and it is minor but I felt that there was a lot of detail spent on telling this story. Tai explained everything that he saw or experienced on his journey. After a while I struggled to stay committed to this book. It moved slowly and at times I had to skim sections to make the story move faster. Otherwise for this factor about the slow pace, I had no other real issues with this book.

The setting is Tonkin (northern Vietnam) at the turn of the 20th century. A boy, Tai, witnesses the beheading of his father, a notorious bandit, and sets out to recover his head and then to find the man who betrayed his father to the authorities. On this quest, Tai's entire world will shift. FLESH takes the reader into dark and delightful places in the human condition, places where allies are not always your friends, true love hurts, and your worst enemy may bring you the most comfort. In that emotionally harrowing world, Tai must learn to deal with new responsibilities in his life while at the same time acknowledging his bond, and his resemblance, to a man he barely knew--his father. Through this story of revenge is woven another story, one of love, but love purchased with the blood of murders Tai commits. A coming-of-age story, but also a love story, the sensuality of the author's writing style belies the sometimes brutal world he depicts.

"Vietnam-born Ha’s beautifully described [. . .] first novel, set in his native country at the turn of the 20th century, opens with an infamous yet respected bandit being beheaded in front of his wife and their two young sons. This beginning casts a pall over the tale as Tài, the eldest son, embarks on a far-reaching journey to retrieve his father’s skull, find a suitable burial site, and seek revenge on the man who betrayed his father’s trust. Through a series of twists and turns [. . .] Tài trades two years’ service to a wealthy entrepreneur for land on which to bury the father’s remains. During that time, Tài loses his heart to Xiaoli, an indentured servant working in an opium den, and will do anything—including holding off on vengeance and killing a French soldier—to protect her. In this dark, violent, and poetic saga, with disjointed cinematic vignettes that make it often read like a screenplay, characters are not who they seem. While this makes for a thrilling finale, what lingers [. . .] is Ha’s descriptive prose." - Publishers Weekly

"History marches on, and there will never be something like that ever again. Flesh is a historical novel set in pre-turn of the twentieth century Vietnam, a Vietnam so very different than the Vietnam known today. A young man is faced with the honest brutality of his world in his first sight. Trying to understand a world filled with such hate and such joys, and how it can twist young minds, Flesh is a strong addition to any literary historical fiction collection, much recommended." - Midwest Book Review 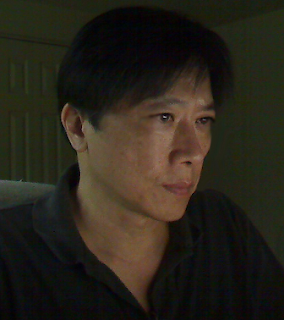 Khanh Ha was born in Hue, the former capital of Vietnam. During his teen years, he began writing short stories, which won him several awards in the Vietnamese adolescent magazines. He studied Journalism at Ohio University and learned the craft of writing under Daniel Keyes (Flowers for Algernon) and Walter Tevis (The Man Who Fell to Earth). FLESH (Black Heron Press, June 2012) is his first novel (literary fiction). For more information, please visit Khanh Ha's WEBSITE and BLOG


To enter to win a copy, just leave me your email address. Winner will be picked April 15th.  OPen to US, CAN, AUS & England

Mystica said…
Thanks for the giveaway.

Man of la Book said…
Not an entry.