No One Else to Kill 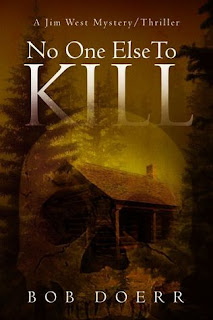 It started out as a plan: vacation at a mountain resort with an old friend to reminisce and try to help him with some “issues” he’s having. Well, you know what they say about good intentions. Jim West’s friend bales on him and just when he has decided to leave the killing begins.


A group of corporate types has rented some of the lodge for their “teambuilding” project – something they do every year. Jim even had coffee with the owner of the company. Seemed like a nice enough guy; but someone killed him anyhow. Suspects abound in this mystery with an excellent cast and better plot.

Jim does his best but the bodies are beginning to pile up and the Lodge may have to close. Can he figure out who and why before there’s literally “No One Else to Kill?” This is book five in the Jim West series which is great except now I have to go find the other four because I need to read they whole thing! Great novel for mystery buffs.