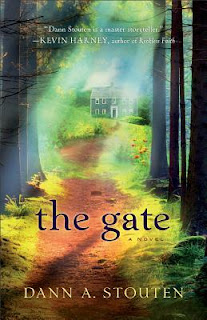 Schuyler Hunt had planned a trip for him and his wife until it turned into a girl’s weekend. Now Schuyler is left wondering what to do with his free time. Schuyler sees an ad on the internet for a cottage called Angel’s Gate in God’s county. Schuyler thinks this might be the perfect place to retire in so that their grandchildren can visit. Schuyler decides to take a look at the cottage while the girls are off to play. Once at Angel’s Gate Schuyler will get an life changing event.

Right away when you read this book you will see some similarities with The Shack by Mr. William P. Young. However while each book takes a man and has him speaking with God in a shack or cottage in this case and teaches him lessons that is where the commonality ends.

In this book Schuyler also is visited by old friends that have since passed but have important lessons to teach Schuyler. The lessons are the following: Choices, Perseverance, Questions, Encouragement, Priorities, Self-examination, Forgiveness, Potential, Hope, Limitations, Evil, and Communion. While I did enjoy reading this book, it did not have as strong a lasting impression as the Shack did. Still The Gate is a good first novel by Mr. Stouten.     Available April 2013 at your favorite bookseller from Revell, a division of Baker Publishing Group.
Dann A. Stouten