The Edge of the Earth + Giveaway 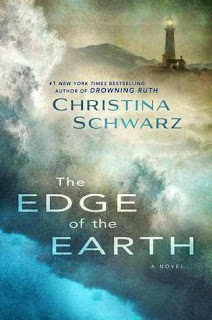 Trudy is very smart and has a bright future ahead of her. Her family can almost hear the wedding bells ringing for Trudy. There is just one problem. They did not expect Trudy to fall for a guy like Oskar.

Trudy and Oskar move away and accept a job at a lighthouse. Trudy becomes a teacher to the Crawley children. The other family that lives at the lighthouse. Whereas Oskar is fascinated by his inventions and electricity. Oskar finds a cave and a mysterious woman living in it. He finds her intriguing.

What a story. I was not in love with this book but I did like it. The first half I kind of struggled to get to the half way point. I just was not connecting with any of the characters and found the story moving at a slow pace. I admit that I even found the children annoying in the beginning. However the second half of the book told a better tale.

I got into the story better then as more was happening. The mysterious woman in the cave I really liked. What I identified the most with Christina Schwarz is her descriptive writing. This was both a plus and negative. Plus because I liked the detail as it helped me fully see the world and the story she was telling. On the other hand for the negative this is part of why I found the first half to be so slow because of a lot of the details. Overall I did find this book to be a good one. 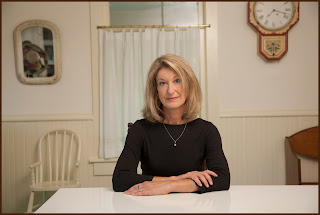 The Edge the Earth was absolutely inspired by its setting. Anyone driving on the Pacific Coast Highway south of Carmel can’t help but be struck by how dramatic and isolated that area is. Mountains crowd the road to the east; the Pacific spreads endlessly to the west; and the lighthouse stands on its own morro, almost unconnected to the land, a scrap of human habitation surrounded by miles and miles of rock and water. In 1898, when my story takes place, there wasn’t even a road here. The only practical way to reach the Point Sur lighthouse (which I’ve fictionalized as Point Lucia) was by sea. When I discovered that more than one family lived at this light station at one time, I knew that, for me, it was a perfect setting for a novel: a dramatic and difficult place where I could trap characters and where they’d have to confront each other and stumble over each other’s secrets.


Once I latched onto the idea of this setting, I had to spend weeks there, hiking around, getting to know the place intimately. Because my fiction is so removed from my real life, I need solid ground—a thousand concrete details—on which to build a substantial dream. I started out with no story, only a place, but luckily, characters—specifically, a woman for whom the place was at first as foreign as it was to me—and a situation from which a plot could grow began to emerge. What’s most interesting to me, in terms of the development of this novel, was that I struggled for more than two years, before I realized that one of the major characters—the person who most exemplifies the place that inspires the book—was missing. She seemed wildly far-fetched at first, but when I finally allowed her to appear, the book came to life.

I have 1 copy to giveaway. US only. Leave a comment with email address. Ends April 30th.
Christina Schwarz

Linda said…
Fairly recently I've read a couple of HF books which included a light house in the setting and/or plot. I thoroughly enjoyed them and this novel sounds like another one I would like. Thanks for the giveaway.
lcbrower40(at)gmail(dot)com
April 18, 2013 at 6:59 AM

traveler said…
This giveaway would be memorable and special. thanks for this chance. saubleb(at)gmail(dot)com
April 18, 2013 at 7:03 AM

petite said…
This novel sounds captivating. Many thanks. elliotbencan(at)hotmail(dot)com
April 18, 2013 at 7:11 AM

Tiffany Drew said…
I've seen this book a lot of the last few days and it sounds right up my alley. I can't imagine being cut off from everyone and everything, and I'm so curious to find out what is in the rocks! Thank you for the opportunity to read this :)