Book Tour Review: All the Girls in Town 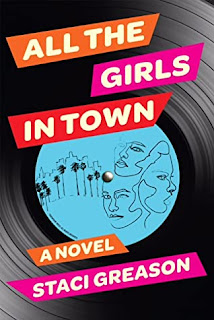 THREE SMART, SEXY – AND SLIGHTLY SCREWED-UP – WOMEN JOIN FORCES TO WREAK VENGEANCE ON THE RISING ROCK STAR WHO HURT THEM ALL.Dani, Red, and Sasha have absolutely nothing in common, except the trail of tears bad boy rocker Peter left in his wake. That is, until Dani starts a blog about killing her ex and unwittingly sets the wheels in motion for the women’s paths to collide.Bonding over past and present wounds, self-realizations transform the three heroines in a trifecta of twelve-step new age therapy that only L.A. can provide.In a city where discarded muses are a dime a dozen, All the Girls in Town explores the cost of loving the wrong person and the true power of friendship in reclaiming the self.
My Review
When you pick up a book you always hope that it will be a good read. It is a bonus when the story makes you laugh and have an enjoyable time. I am happy to report that is exactly what happened to me reading All the Girls in Town by Staci Greason.
Dani, Red and Sasha are the heroes that readers did not know they needed. I was cheering for them the whole time. Their antics and the whole journey had me laughing and smiling. While, I don't really have a favorite I do have to say that I did like Dani slightly a little more. She is the one that did start the whole process. Readers looking for a fun, quick book to read should pick up a copy for themselves. This book would make a good addition to a book club read. 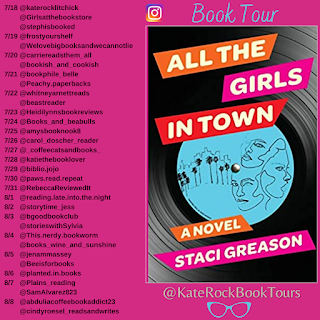