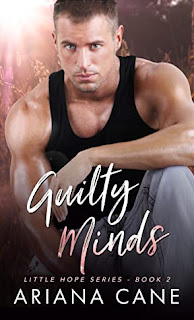 “I want to get you out of my head the only way I know how.”The only thing Kayla’s ever wanted has been to get the hell out of Little Hope. She’s never fit in with the traditionalism of the small town and its judgmental citizens, and her family’s bad reputation continues to precede her. All she’s ever wanted has been to leave… and maybe—just maybe—for Justin Attleborough to notice her. But—unfortunately for her—the only time he ever acknowledges her is to call her trailer trash and never let her forget her status as the town pariah.All Justin wants is to wipe that night from his memory. The night that changed so many lives. But that’s easier said than done, especially when one of the biggest reminders of that night is always shamelessly walking her leather-clad legs around Little Hope. But—unfortunately for him—the one thing he wants more than to erase it from his mind is her.A seemingly good boy and a seemingly bad girl. What do they have in common? Well… that night.They say the truth will set you free. But what about the ugly truth? The one that reveals pretty as damaging, and ugly as redeeming?...This slow-burn, enemies-to-lovers, contemporary romance is a standalone filled with angst and a little bit of bullying. Guilty Minds is about a perfect man who hated an unperfect girl with a bad reputation and a tired girl who loved the said even more tired man. The steam level is boiling (eventually) and has more spice than the previous book. TW includes SA (mentioning), mild bullying. It can be read as it is, but better if enjoyed as a part of the series. Each book contains a story about a different couple-no cliffhangers.