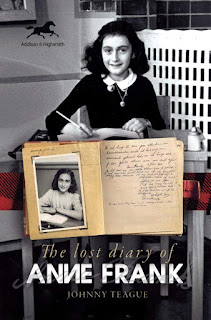 The Diary of Anne Frank is a seminal piece of twentieth-century literature. It recounts the tragic and moving story of a young Jewish teenager faced with the horrors of Nazism.  In it, Anne establishes a bond with her readers that transcends both time and space, making them her friends and confidants. Readers feel a connection with each dream she had, each fear she endured, and each struggle she confronted.  Her diary ended, but her story did not. The Lost Diary of Anne Frank picks up where her original journal left off, taking the reader on a credible journey through the tragic final months of her life, faithfully adhering to her own, very personal, diary format in the process.

In The Lost Diary of Anne Frank, Anne receives mysterious help from many quarters.  A strange lady on the other side of the fence haunts her dreams. Her mom once vilified, becomes a hero.  Anne struggles with the existence of God and His presence or absence in all of her ordeals.  She contrasts the depravity of man with what she sees as mankind’s evident virtues.  Her longing to experience sensual pleasures is numbed by forced over-exposure. She finds that in the Nazi efforts to extinguish the humanity of their victims, a chorus of unity evolves among the captives. Anne’s vaulted dreams for fame and notice are ultimately traded in for the true longings of life, love, and peace. The Lost Diary of Anne Frank follows her story to the chilling end.

I can remember reading The Diary of Anne Frank when I was younger. Even many, many years later, I can still remember that book. Thus I was very curious to read this book on "what might have been" with Anne Frank.

I thought that Dr. Teague did a good job of writing this book. I could see Anne writing these entries as she spent her time in concentration camp. Although, I will agree with another reader that in the beginning, it really did not feel like Anne's voice. It felt like a "ghost writer" writing for her. Yet, the further I got into the book, it did feel more like Anne writing.

What I was missing was the sorrow that I got from The Diary of Anne Frank. It felt like the "dark" and "real" moments were glossed over to keep the vibe of this book kind of upbeat. Which, Anne's story is not that. Despite my feelings about this book, I did still like it. 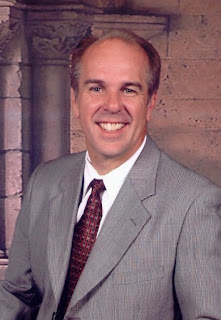 Dr. Johnny Teague is an author and historian having earned five degrees, culminating with a doctorate in exposition. History and life stories have been his passion. Through travel, interviews, and extensive study, he continues to build on his foundation. Preparation for this book has included interviews with Holocaust survivors, studies at the Holocaust museums in Houston, Washington, D.C., and at the Yad Vashem in Israel. His study has carried him around the world multiple times to research at sites including Auschwitz, Dachau, the Corrie ten Boom House, and the Anne Frank House.

Dr. Johnny Teague said…
Thank you so much for your review. As I studied Anne Frank's time in Westerbork, Auschwitz, and Bergen-Belsen, what I learned was that even in the darkest times, she strived to be upbeat just as she was in the Annex. It was that hope and positive attitude that helped her survive as long as she did, all the while encouraging so many others who would live to tell about her.