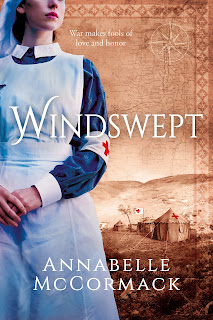 A British nurse in WWI Egypt races to deliver explosive intelligence that could change the course of the war in this novel of suspense, adventure, and love.

May, 1917. Ginger Whitman left a life of wealth and privilege in England to train as a battlefield nurse and serve in the Great War. Working on the brutal frontlines in Palestine, she finds a wounded soldier hiding in her camp. The soldier claims to carry intelligence unmasking a secret plot against the British—and that traitors within British intelligence are searching for him. Desperate and dying, the soldier entrusts a coded message to her care.

Ginger is hurled into an unfamiliar world of intrigue and murder amidst the war-ravaged Arabian desert. She's determined to help her country but trusting the wrong person could cost her life. Then the arrival of mysterious and handsome British intelligence officer Major Noah Benson offers a chance of help. But Noah may be as dangerous as he is charming. As she’s swept away by stolen moments on the desert sands, Ginger realizes her heart may also be at risk.

Hunted by a shadowy enemy spy, Ginger must decide if she can trust Noah. But as she grapples with her decision, Ginger makes a shocking discovery: a sinister secret that threatens to shatter the world she thought she knew.

I was instantly drawn into the pages of this book as soon as I started reading it. Back in time I went. It was as if I was Ginger; experiencing everything she did. Author, Annabelle did a wonderful job bringing this story and the characters to life. AS a historical fiction reader, I was very pleased with this book and will recommend it to others.

Ginger is a strong heroine. She may not have started out that way or planned it but along the way she really found her strength. Any situation she found herself in, she tackled it.

This story took me on an reading journey across the Arabian desert. This book has a little bit of everything for everyone...intrigue, romance, adventure, great storyline and engaging characters that will stick with you even after you finish the last page! 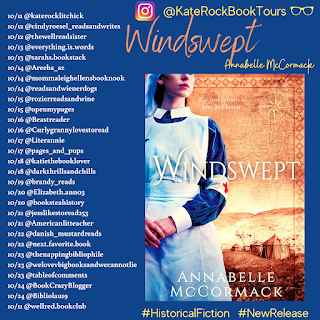