Book Review: The Rock Star’s Happily Ever After 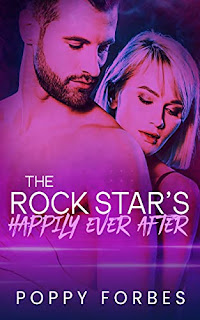 Tour manager Caroline Bryan knew it would be challenging for her and her rock star husband to be on separate tours. Especially with him being in recovery for his addictions.

Then he stops returning her calls.

Caroline fears he’s falling back into bad habits when she sees pictures of him arm in arm with another woman splashed on every tabloid cover. She thought the love between them was strong enough to withstand the temptations on the road. Now, she’s crushed by his blatant betrayal.

Knox Bryan has a secret that will change everything. He thought he could keep it to himself and get lost in the music until the tour ends. That plan changed when those pictures were published. Knowing Caroline is livid, he hops the first plane to New York to be with her.

She deserves the truth.

He’s still clean and never strayed. But when his truth is revealed, he worries nothing in their lives will ever be the same.

Is their relationship strong enough to survive the dimming stage lights? Or will the curtain fall on their happily ever after?

This second offering in this series just topped book one. I loved visiting with Candice, Mick, Caroline, and Knox again. It was great to spend time with these two couples and see their relationships evolve. This time the story showed a more "raw" look into life. It is not all about sex. I know what a shocker.

I like that it showed the struggles that Caroline and Knox were experiencing as a married couple. Knox really was vulnerable in this story. Which, tackles mental health and does not shy away from it. In fact, I like that the author did not treat what Knox was experiencing as a stigma but as real.

calvin harris said…
My friend recommended this blog and he was totally right keep up the good work Gisinsulation
October 13, 2021 at 10:35 AM

calvin harris said…
Very good article blog. I will continue to monitor the article.
personal-injury-attorney
October 14, 2021 at 9:00 AM