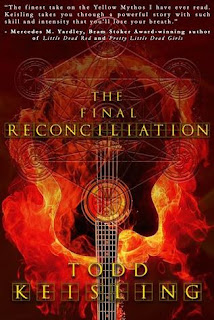 TAKE OFF YOUR MASK.

Thirty years ago, a progressive rock band called The Yellow Kings began recording what would become their first and final album. Titled “The Final Reconciliation,” the album was expected to usher in a new renaissance of heavy metal, but it was shelved following a tragic concert that left all but one dead.

The sole survivor of that horrific incident was the band’s lead guitarist, Aidan Cross, who’s kept silent about the circumstances leading up to that ill-fated performance—until now.

For the first time since the tragedy, Aidan has granted an exclusive interview to finally put rumors to rest and address a question that has haunted the music industry for decades: What happened to The Yellow Kings?

The answer will terrify you.

Inspired by The King in Yellow mythos first established by Robert W. Chambers, and reminiscent of cosmic horror by H. P. Lovecraft, Laird Barron, and John Langan, comes The Final Reconciliation—a chilling tale of regret, the occult, and heavy metal by Todd Keisling.


Mr. Keisling writes this book as if it was not just 65 pages long. I really enjoyed the aspect of this story with Aidan giving an interview. It made the story more intimate. This journey that Mr. Keisling and Aidan took me on was memorizing and horrific at the same time. It was like I was under a spell just like the Yellow Kings were. This story slowly creeps into your brain and under your skin but I could not stop reading. Everything that the Yellow Kings endured was scary but not as scary as their performance gig. Not to be outdone, this story ended on a high note. This is a rockin' read. 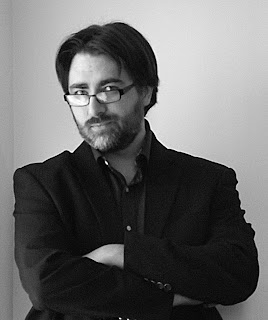 TODD KEISLING is the author of A Life Transparent, The Liminal Man (a 2013 Indie Book Award Finalist), and the forthcoming collection, Ugly Little Things.

He lives somewhere in the wilds of Pennsylvania with his wife, son, and trio of unruly cats.

Visit his website, www.toddkeisling.com, and connect with him on social media: