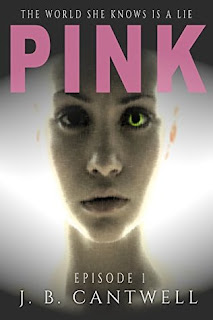 Riley Taylor, a girl living in 2095, underwater Brooklyn, is leaving her abusive home and hoping that a spot in the military will provide enough cash to last her several years on her own. The service is always looking for new recruits to fight the many wars the United States is involved in. Trouble is, only 20% of those who enter the service will survive the three year term and collect the handsome stipend waiting for them at the end. She's willing to take the chance, but once she gets in she finds that all the normal rules of society don’t apply. With no escape, she has no choice but to hang on and fight for her life.


Red is the worst of the worst of criminals, Orange is middle of the pack but still criminals, and Green are innocent. This is the type of world that Riley lives in. There are not many choices that the people have to survive. It is either join the military, the burning plant, or just survive. Riley picks the military. It has to be better than living with her drunk, abusive mother.

Riley's friend, Alex tries to convince Riley to not join up but she does anyways. Although, the stats for women coming home alive is very slim. Riley better watch her back as she has already made enemies with one girl, Lydia, who is an orange.

Instantly, I had a good image of the world that Riley lived in. In addition, I thought the author did a good job of setting the stage for the rest of the story. I am intrigued to see what all this war is about and if Riley will survive.
J.B. Cantwell