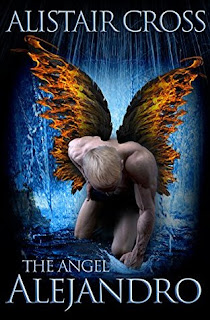 A Man without a Past

After a near-fatal accident, Madison O'Riley is faced with an astonishing problem: What to do with the man who saved her life. Naive and heart-stoppingly handsome, he calls himself Alejandro ... and he has no memory of his past. As they set out to recover his lost identity, Madison realizes he harbors deep - and otherworldly - secrets that will shatter her understanding of reality ... secrets that may put her in grave danger.

The Devil in the Details

And now, there’s another stranger in town. Gremory Jones has something for everyone, and for a small price, he’s willing to make a deal. By day, he walks the streets of Prominence in top hat and trench coat, tempting the citizens with nefarious wares from his shiny black briefcase. By night, he and his legion of insatiable acolytes corrupt the locals at Club Mephistopheles, a den of unholy delights housed in an abandoned church.

The Battle has Begun …

The townspeople are changing in outrageous and appalling ways and it's up to Madison - with the help of a psychic, a local priest, and the new chief of police - to help Alejandro unlock his forgotten powers before an unspeakable evil tears apart the fabric of existence ... and costs them their very souls.

Alejandro starts out as a quiet, mild-mannered man; yet when the story ends he is revealed as a great and powerful angel. What I am happy to report is that Alejandro was not the only main character in this story. It seemed that everyone had a part to play and no one was left out as a under study or filler. This helped a lot to lend to the fact that there was not a dull moment in the story. Although, I must admit that the second half of the story is where the intensity picked up and the action really happened.

The devil is one evil person. Another reader made a comment that the story was graphic. Yes, it was but I understood this going into the book. I was fine with the darkness of the story. Which I thought the author did a good job of keeping it classy. There were times where it could have went in the opposite direction and it pushed to the edge. It was all part of the story and one that I enjoyed a lot. 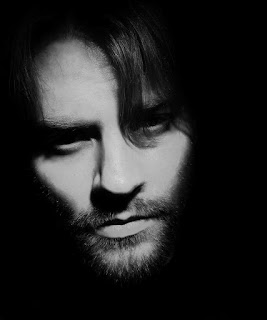 Alistair Cross was born in the western United States and began penning his own stories by the age of eight. First published by Damnation Books in 2012, Alistair has since published several more novels. In 2012, he joined forces with international bestselling author, Tamara Thorne, and as Thorne & Cross, they write the successful Gothic series, The Ravencrest Saga. Their novel, The Cliffhouse Haunting, is an Amazon Best Seller, as is Alistair's solo novel, The Crimson Corset.

Alistair is currently at work on several projects including a solo novel and a new Thorne & Cross collaboration. His influences include the works of Stephen King, Dean Koontz, John Saul, Ira Levin, and William Peter Blatty.